A provocative group of artists who employ techniques that are aligned with either craft-based, or machine-based methods of production to express their particular narrative. Sculpture, photography, painting, made between the early 1970s to the present. 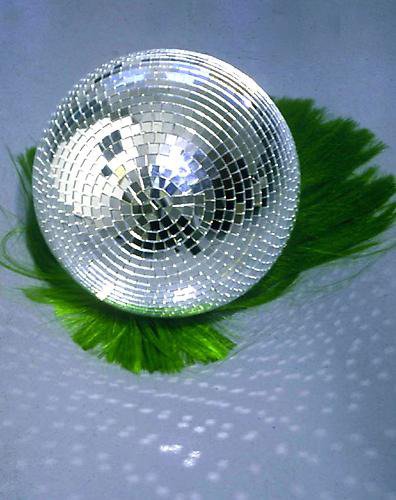 Matters of Pattern, opening at Skarstedt Chelsea on January 17th, 2015 showcases a provocative group of artists who employ techniques that are aligned with either craft-based, or machine-based methods of production to express their particular narrative. Often through abstraction, an attention to the conceptual implication of pattern making prevails. By combining a variety of medium, such as fabric and wool, Matters of Pattern provides viewers the opportunity to create juxtaposing connections throughout works ranging from sculpture to photography, to painting, and made between the early 1970s to the present.

Christopher Wool subverts the simplicity of mechanicalized image-making in Untitled, from 1991, one of the earliest examples of his ventures into the silk-screening process. Wool repeatedly applies the image of a leafy vine taken from wallpaper rollers and textile designs to create a graphic ‘all-over’ composition. His intentional repetition strips the imagery of any formal meaning, and renders the continuous pattern as an abstract gesture.

In contrast, Daniel Buren who has firmly anchored himself in the act of a repeated motif, enlivens a minimalistic stripe through color, quantity and a keen attention to site specificity. Whereby Wool exhausts the context of his original image through over printing, Buren accentuates subtle, often muted, details through his dedication to the very regular application of color and geometry, as seen in Peinture acrylique blanche sur tissu rayé blanc et bleu from 1972.

Minimalism and patterning go hand in hand in False Alarm (2012) by Rosemarie Trockel. Machine-made wool, often cited as Trockel’s most notorious mediums, is stretched here over a solid white ground. The artist has relied on wool throughout her career to counter the traditional concept of knitting as a handicraft befit only to the western woman. The sumptuousness and severity of False Alarm demonstrates Trockel’s tireless dedication to knitted works, resulting in pieces that are both visually exquisite, yet conceptually charged.

Suspended and collapsed, Sterling Ruby’s 'Soft Work’ titled HUSBANDS + DROPS (4133) dominates the space. Ruby accentuates how a medium and form – in the exaggerated shape of a husband pillow - that is often associated with domesticity, can be transformed into an intimidating object, one that aggressively commands attention. Similarly, Mike Kelley’s Sculpted by a Mouse, (1991-1998) a tattered arrangement of used and found blankets are assembled together in an unnerving way, harking on the artists interest in the sentimentality of banal mediums, evoking memories that more often than not, are best left forgotten.

The bold striped dress Cindy Sherman dons in Untitled #138 from her illustrious Fashion Series, highlights the artist’s theatrical ability to strike a cord between texture and emotion. In this piece, the artist mocks a stylized high-fashion advert by posturing in such a way that her dress is completely distorted. Sherman expresses a deranged look, and the circus-like tie she pairs with the dress further accentuates her close attention utilizing color, pattern and shape in her meticulously staged photographs.

The material qualities of works that have an essentially intangible nature, such as performance, provide a foil for the more traditional manifestations of art such as sculpture or painting. David Salle’s rarely seen, Ghost Paintings from the early 90’s present a series of work that have been produced with the formula of performance, photography and painting. Shrouded in a fabric, his model moves to create an abstracted form that Salle then photographs, prints on linen, and treats with colored ink.

Operating directly in the painterly realm Lucien Smith’s camouflage painting, Untitled from 2014, showcases his methodical placement of stencils to evoke patterns found in the famous ‘tiger stripe’ camouflage used by the South Vietnamese army in the 1960’s. Politically infused, yet art-historically ripe with references to artists such as Andy Warhol, Smith enlivens the iconic composition with hand painted approximation of a silkscreened image.

Unifying the concurrent themes in Matters of Pattern is each artist’s testing of the notion of materiality. Either through craft or technology, the concept can be analyzed through this myriad of lenses.