On this occasion, Nelson will present Gang of Seven, a collection of sculptural assemblages made of materials from the North West Pacific Coast. The work revisits and expands upon themes and forms Nelson introduced in The Amnesiacs in 1997. 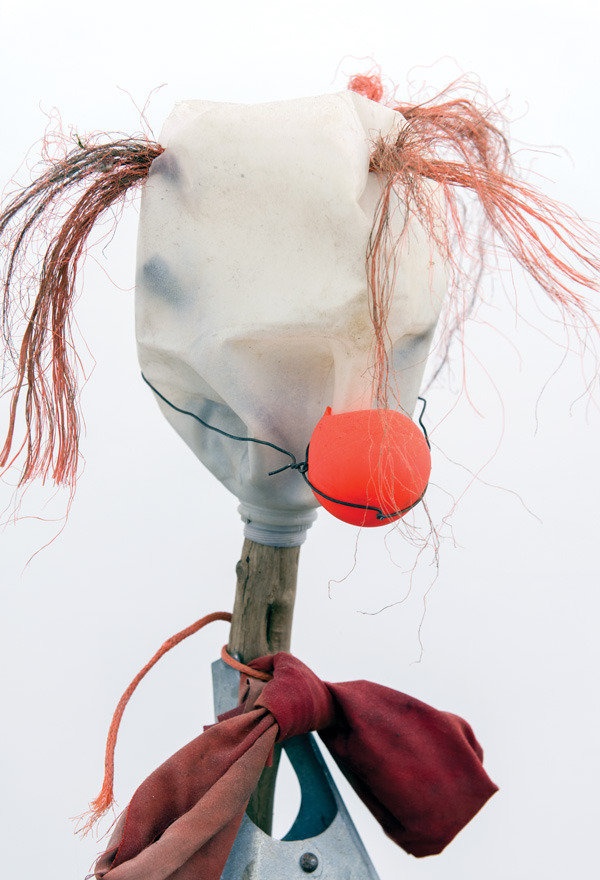 On this occasion, Nelson will present Gang of Seven, a collection of sculptural assemblages made of materials from the North West Pacific Coast. The work revisits and expands upon themes and forms Nelson introduced in The Amnesiacs in 1997, in which a group of imaginary outsiders gather and wantonly sift through natural and cultural detritus, rearranging it and approaching dark phenomenological truths along the way. In Gang of Seven, Nelson's mythical beachcomber imagines the ocean as an intelligent entity of seemingly infinite sprawl, uncovering alien clues in the flotsam and jetsam, akin to the cosmonauts' relationship to the hallucination-inducing ocean in Stanislaw Lem's epic Solaris. These evidences of apocryphal events exist in a disjointed space between remnant and invention, and when brought together, effect the possibility for new systems of understanding.

In Being-No-One, the German post-transcendentalist philosopher Thomas Metzinger refers to a 'virtual window of presence' through which we experience time and imagine ourselves as autonomous beings. Nelson's assemblages point to what we might see if we were able to look not through this window, but behind it; an envisioning of material and psychic forces that are determinate structures in human interpretation of our own cultivated landscapes. To this end, a bracingly human element of Gang of Seven is the influence of personal history; that of Nelson's relationship to longtime friend and collaborator Erlend Williamson, who fell to his death in 1996 while climbing in the Scottish Highlands, just as Nelson was developing the ideas that would become The Amnesiacs. This is also mirrored in the title's reference to the 'Group of Seven', the loose collective of landscape painters whose formation came after the death of Tom Thomson in a canoeing accident in Ontario, 1917. By introducing these elements into a space in which they exchange charges with other societies, real and imagined, absent and present, Nelson as author is simultaneously in front of and behind the window - negotiating the blindness of consciousness to envision its constitution.

Lorna said to me, 'You know Riddley theres some thing in us it dont have no name.'?I said, 'What thing is that?' She said, 'Its some kind of thing aint us but yet its in us. its lookin out through our eye hoals... It aint you nor it don't even know your name. Its in us lorn and loan and sheltering how it can... Tremmering it is and feart. It puts us on like we put on our cloes. Some times we dont fit. Some times it cant find the arm hoals and it tears us a part.'
-Russell Hoban, Riddley Walker, Jonathan Cape, 1980