Notes for a choreography. The new video's of the artist looks at dance from historical and political perspectives, and also at the body from the perspectives of dance, labor and exploitation. 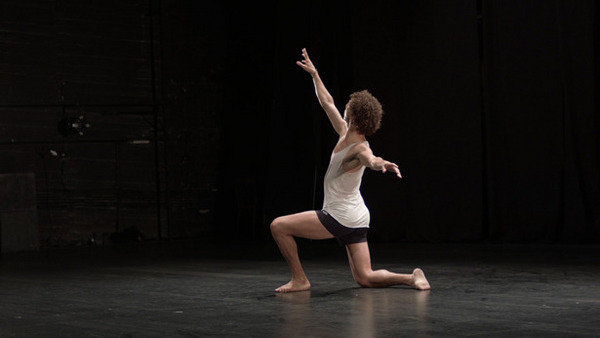 Art in General is thrilled to present the Manhattan debut of Rachel Mason’s rock opera The Lives of Hamilton Fish March 6–7, 2015.

The Lives of Hamilton Fish is a cinematic performance based on figures who lived in New York state during the Great Depression. The deaths of serial killer and a statesman—both named Hamilton Fish—are announced on the same day. Hamilton Fish II is a descendant of one of the most prominent families on the east coast, and Hamilton “Albert” Fish is a psychopath and notorious murderer. A newspaper editor, played by Mason in drag, becomes obsessed with this coincidence after publishing their simultaneous obituaries on his front page. The film’s story is told entirely through original songs performed live, as a surreal tale unfolds where supernatural events and historic facts merge in a wild, musical journey.

Scenes were filmed at historic sites including Sing Sing prison, where Mason was a volunteer art teacher from 2005-2010, and the Jumel-Morris Mansion, where Alexander Hamilton was shot. Real locations are intercut with fabricated sets imagined as abstract paintings, mimicking the actors’ makeup and costume design. The Lives of Hamilton Fish aims to be a new kind of multimedia storytelling, combining music, cinema, and live performance into a theatrical experience with its foundation in art making and songwriting. Guest musicians include: Michael Durek (theUse), Jeanann Dara, and Lala Ryan (Excepter).

Rachel Mason is a visual artist, songwriter, and performer. She has recorded twelve full-length albums of songs, and has exhibited artworks and performed nationally and internationally at venues including the Queens Museum, New York; the School of the Art Institute in Chicago; the Whitney Museum of American Art, New York; the Henry Art Gallery, Seattle; SculptureCenter, New York; The Clocktower Gallery, New York; Kunsthalle Zurich; the Hessel Museum of Art at Bard College, Annandale-on-Hudson; the Swiss Institute, New York; Human Resources, Los Angeles; The New Museum, New York; the Museum of Contemporary Art Detroit; James Gallery at the CUNY Graduate Center, New York; the Park Avenue Armory, New York; and EMPAC Center for Performance, Troy. Mason has shared stages with Josephine Foster, Prince Rama, Diane Cluck, Sharon Von Etten, Phosphorescent, Light Asylum, and Ed Askew among other renowned musicians, and she has been the subject of articles in publications including The New York Times, Artforum, The Los Angeles Times, Art in America, and Flash Art. Mason received her B.A. from the University of California, Los Angeles and her M.F.A. in Sculpture from Yale University. Originally from Los Angeles, she is currently based in New York City.

The Lives of Hamilton Fish is a What Now? public program presented in conjunction with Art in General’s annual spring conference. The What Now? symposium is made possible in part by the Institute of Museum and Library Services, award MA-10-14-0304-14.