Forward!. The artist works across media and platforms, realizing projects within and outside the walls of the museum: in the street, on stage, in lectures halls, or through film. 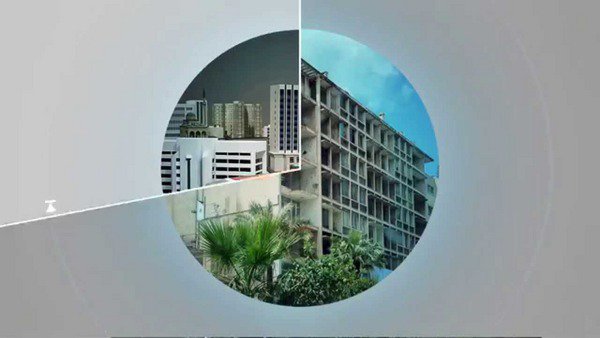 Ahmet Öğüt’s most ambitious solo presentation to date opens in the Van Abbemuseum on 7 March. Forward! will bring together a number of key projects from the past several years alongside new site specific commissions created for the Van Abbemuseum. These projects will be presented throughout the museum’s Old Building but will also spill out beyond its ten galleries in surprising ways. The 34-year-old Kurdish artist works across media and platforms, realizing projects within and outside the walls of the museum: in the street, on stage, in lectures halls, or through film. The artist uses allegory, humour and satire, inviting us to take a fresh look at the world around us.

The title of the exhibition playfully draws on the rhetoric and history of socialist solidarity and progress, sentiments that are both espoused and interrogated in Öğüt’s projects. Specifically, it is a reference to a work from 2012, The Castle of Vooruit! In which a workers co- operative in Ghent floats on an enormous helium balloon. This 10-metre high floating rock, inspired by the famous Belgian surrealist painter Magritte, is being erected outside Ghent for the first time and will hover above the Van Abbe for the duration of the show. Forward! also expresses Öğüt’s interventions in and observations of society, which he often frames with new contexts, setting our perceptions and pre-conceptions in motion in surprising ways. In Fahrenheit 451: Reprinted a fire engine becomes the focal point for issuing copies of banned books, and in Guppy vs Ocean Wave: A Bas Jan Ader Experience Öğüt placed a boat on the lake outside the Van Abbe to resurrect the story of the Dutch artist who famously died at sea. The extraordinary dynamism of Öğüt’s work can be felt in the exhibition through the great diversity of projects, which reveal his ability to address audience and ideas in multivalent forms.

immigrants to set up ad hoc teaching structures and seminars which is now active in Stockholm, Berlin and London – or the School of Urgencie s, a programme for a group of cross-disciplinary students in Istanbul. In the Learning Room, one of the galleries of the exhibition, Öğüt will lead a week-long workshop for students of the Dutch Art Institute, amongst others, during the first week after the opening. He will take a language course in Dutch himself, which will conclude with an open tour for visitors at the end of the second week. Throughout the exhibition the Learning Room will be open for University and High school students to experiment with learning.

About Ahmet Öğüt
Ahmet Öğüt was born in in Diyarbakir, Turkey in 1981 and studied at the Hacettepe University en the Yildiz Technical University. From 2007 to 2008 he studied at the Rijksacademie in Amsterdam. His work has been included all over the world including the biennales of Venice (2009), Berlin (2008), Santa Fe (2008), Thessaloniki (2007) and Istanbul (2005). His practice captures the imagination in unique ways, tackling complex political and economic themes with a lightness of touch. For example, in 2008 he presented Ground Control at the Berlin Biennale, where he covered the whole of the ground floor of the Kunst- Werke with asphalt. In Turkey, asphalt laying was a means of homogenizing the country in its rapid quest to modernize, metaphorically covering over some of its diverse history in the process. Recalling conceptual practices of the 1960s the work also critiques the institutions and its potential to flatten ideas, concepts or histories. Ground Control will be recreated in the final room of Forward!