With 4 international artists: Anna Boghiguian, Chia-Wei Hsu, Nastio Mosquito and Sarah Pierce. The works are loosely grouped around themes of history, testimony and storytelling. They often deviate from or contradict larger historical narratives. 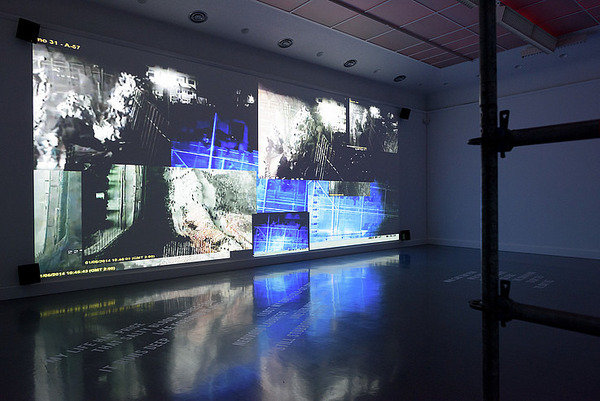 On Saturday, November 28, the Van Abbemuseum opens the second edition of Positions with contributions by four international artists: Anna Boghiguian, Chia-Wei Hsu, Nástio Mosquito and Sarah Pierce. Positions is an exhibition format that sets a series of projects in dialogue with one another in the ten galleries of the museum’s old building. With each artist presenting a significant body of work, many commissioned for the exhibition and others developed through collaborations with art organisations throughout the world, Positions explores different tones of contemporary artistic voices. The works are loosely grouped around themes of history, testimony and storytelling. By inviting different and singular artistic voices to interpret our collective story, the artworks often deviate from or contradict larger historical narratives.

Over the course of the exhibition, there will be a programme of staged public events which will engage diverse audiences to the projects in new and unexpected ways.

Anna Boghiguian
Anna Boghiguian is a prolific artist who constantly draws and paints on location using ancient history and contemporary events as a source. Boghiguian’s drawings, objects, poetry and prose operate both as reflections on the geopolitical conditions in which her subjects live, and as documents of the cities through which she travels. Along with drawings and paintings, the exhibition will consist of a series of new displays, including The Salt Traders (2015) and a new installation developed at the Van Abbemuseum bringing together her series of Scissors books and paintings.

Chia-Wei Hsu
The practice of Chia-Wei Hsu is often connected to Taiwan and the history of geopolitics in this region, especially during the period of the Cold War. Through the retelling of forgotten histories, he shows how the dense and complex layers of culture and histories fundamentally transform the lives of people now. The exhibition shows two videos—Ruins of the Intelligence Bureau (2015) and Huai-Mo Village (2012)—situated on the Thai-Burmese border, and Memorial Chamber of the Intelligence Bureau (2015), a new architectural study of the ruins of the CIA office there. An artist talk with Chia-Wei Hsu will take place in the evening on Thursday, December 10.

Nástio Mosquito
Music, language and testimony lie at the core of Mosquito’s practice. The characters he plays in his works and performances may be fictional or composed of many experiences or positions, but fundamental to his work is the idea that these stories and emotions reside in the individual and are experienced through the body. He plays with, performs and undermines language, and the resulting installations are emotive and provocative. In this exhibition, he will show two major video installations alongside each other: I am Naked (2005) and Ser Humano (2015).

Sarah Pierce
Sarah Pierce uses performance, installations, video and archival material to research sites and contexts of artistic production and their public display. In a series of three installations, she examines fixed and sedimented histories, referring to artistic figures of the 20th century: Eva Hesse (in Meaning of Greatness, 2006), Joseph Beuys (in Intelligence of the Measured Hand, 2011), and El Lissitzky (in Gag, 2015).

During the course of the exhibition there is a programme of public events.
•28.11.2015, 4.30 pm: A performance by Sarah Pierce during the opening of Positions #2.
•10.12.2015, 7.30 pm: An artist talk with Chia-Wei Hsu.
•10.03.2016, 7.30 pm: A lecture on El Lissitzky in relation to Sarah Pierce’s work Gag by Willem-Jan Renders, curator Russian Art at the Van Abbemuseum.
•17.03.2016: writer, curator and art historian Pádraic E. Moore will collage a selection of speakers, songs and disparate texts in response to Sarah Pierce's The Meaning of Greatness.

At the opening of the exhibition on Saturday, November 28 at 4pm, there will be introductions by Charles Esche, director of the Van Abbemuseum, and Annie Fletcher, Chief Curator and organizer of Positions #2. A performance by Sarah Pierce will take place at 4:30pm.