'A project across two sites' will feature over 20 works spanning the artist's career and practice. In Collection the curator have selected works by Gladwell from The Gene & Brian Sherman Collection. 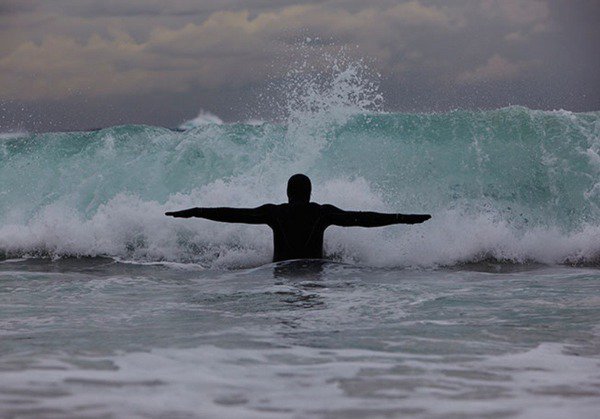 One of Australia’s most significant contemporary artists, Shaun Gladwell (b.1972), will return to Sydney in March for a major project incorporating two exhibitions presented by Sherman Contemporary Art Foundation (SCAF) in association with UNSW Galleries.

A project across two sites, a major new commission The Lacrima Chair will be exhibited at SCAF, while at UNSW Galleries, Collection+: Shaun Gladwell will feature over 20 works spanning the artist’s career and practice.

Dr Gene Sherman, Executive Director of SCAF said The Foundation’s first project for 2015 would bring Shaun Gladwell – who represented Australia at the 53rd Venice Biennale – back to his roots to the spaces where he started his career in Sydney over 15 years ago.

‘In every sense, he is coming home – to UNSW Art & Design, previously COFA, where he completed his Master of Fine Arts; and to Sherman Contemporary Art Foundation, where he was represented for 9 years by SCAF’s previous incarnation, Sherman Galleries (1986-2007)’, Dr Sherman said.

The Lacrima Chair (SCAF Project 24) will feature a site-specific and visually compelling, immersive installation by Gladwell comprising sculpture and video. The installation will engage the poetics of flight, travel and cultural transmission, specifically French cultural influences within Australia and vice versa.

Gallery visitors will need to move through mist screens and may elect to sit, Francis Bacon style, in costume under a shower of water in order to fully experience Gladwell’s new installation. The Lacrima Chair is both metaphor and reality.

Curated by Dr Barbara Polla (Geneva-based) and Prof. Paul Ardenne (Paris-based), Collection+: Shaun Gladwell (SCAF Project 25) will be presented in association with, and across all three exhibition spaces of, recently launched UNSW Galleries.

Focusing on Gladwell’s interest in ornithology, wider thinking on flight, notions of the ‘double’ and problems with representing conflict, the exhibition includes the paintings Helmet apparition (Taliban hill-fighter), 2011-12 and Helmet apparition (major league infidel), 2011-12, resulting from his time in Afghanistan as one of Australia’s official war artists, the video piece Double Linework, 2000 from the beginning of his career, and The Flying Dutchman in Blue, 2013 – an example of his most recent multi-channel installations – which served as the backdrop to the Rotterdam Philharmonic’s production of this Wagnerian masterpiece.

In Collection+: Shaun Gladwell, Polla and Ardenne have selected works by Gladwell from The Gene & Brian Sherman Collection alongside other significant pieces from private and public collections both in Australia and internationally to provide an insight into the artist in mid-career.

Felicity Fenner, Director of UNSW Galleries, said: ‘This project incorporates the first solo exhibition to be staged at the new UNSW galleries. In many senses, it is a homecoming that celebrates the multidisciplinary work of a significant contemporary international artist at the place where his remarkable career began – UNSW.’

The Lacrima Chair (SCAF Project 24) and Collection+: Shaun Gladwell (SCAF Project 25) will be on show at SCAF and UNSW Galleries respectively from 6 March 2015 until 25 April 2015.

A comprehensive bilingual English/French catalogue, published by SCAF, will accompany this exhibition.