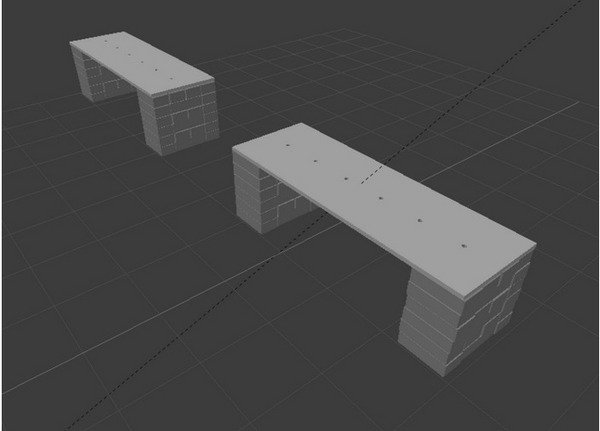 The series of exhibitions developed for Doris Ghetta gallery is part of a bigger corpus of exhibitions, focusing on interpersonal relations between the curator, the artist and t he viewer intensifying the level of closeness these involved parties can share. To me this is of major importance in a time when the individual loses all connection to the real physical other and in extension to a concrete community. In his introduction to The Fall of Public Man (1977) Richard Sennett describes how after the emperor Augustus there was a trend to retreat to the private sphere and see the public responsibilities (res publica) as inconvenient duties. ‘The other’ became increasingly estranged a nd uncanny in as much as the exchange with strangers within the community outside of family and friends decreased thus dissolving the feeling of reciprocal commitment in the society. The indirect consequence was the fall of the Roman Empire. “Die Initiative zu ergreifen und Verantwortung zu tragen, das Gefühl, nützlich und sogar unentbehrlich zu sein, sind lebensnotwendige Bedrüfnisse der menschlichen Seele.” (Simone Weil)

The time to indulge, to create places of discourse and spaces to be human again is what I expect from the sanctuary of art and culture. The exhibitions planned over the next two years are supposed to result in new experiences for the viewers. Making them part of a common experience should create a foundation to relate to one another again. Those ties a re meant to give back a reciprocal feeling of identification between the group and the individual. I develop my exhibitions in close exchange with the artists who for the most part are friends, friends of friends or close acquaintances, people I trust and know. I invite them to invite an artist they connect and want to develop a project with.

Richard Nikls (born 1987 in Prague, lives and works in Vienna) artistic practice could not be closer to my approach. His way of producing art is very dialectic and in great exchange with peers often in close collaboration with them. He likes to keep all ends loose in order to have an open field of permanent potential. Also, he could not be more an artist of his time. He instinctively deals with material, technique and context in a very post-internet manner without slipping into the boring aesthetics of it. Curators working with Richard get 3D-renderings of the show, before the works even exist and the post-exhibition- documentation is a work on its own, giving credit to everything that is important in digital reproduction (legibility, sense of space, detail, surface) while at the same time defying the reproduction’s lack of aura (Walter Benjamin) by giving it autonomous value and aesthetic.

It is in his collaborations and conversations that Richard analyzes and defin es his own position and thoughts. In the case of artist Jirí Kovanda Richard found a congenial interlocutor.

Jirí Kovanda (born 1953 in Prague where he lives and works) has been one of the outstanding conceptual artists of the Czech art scene. He organized his first performances in public envir onments in Prague in the mid-1970s. His performances appear slightly off-key, allowing us, through the combinati on of apparent simplicity and im balance, to grasp a grain of what remains real and human in today’s society. In his discrete and poetical instal lations, collages, paintings and performances he strives to find beauty in everyday life and to map a space where the individual can actually exist. His art is accessible to many types of audiences always bearing a nucleus of deep understanding of the huma n condition often in a provocative and touching manner. His works have been shown internationally in institutions such as the Reina Sofia in Madrid, the Tate Modern in London and the New Museum in New York.

Richard and Jirí have had a close relationship si nce 2008 when they met as student and teacher at the FUD Usti nad Labem, the Faculty of Art and Design in Prague. The university employed few professors for fine arts and only had a small number of students; the perfect conditions for a good one-on-one-time between teacher and student.
Jirí and Richard took long walks together where they would discuss their practice, their aims, the local and international art scene, the role of the artist (in society). In 2011 Richard finished his BA and moved to Vienna to study in the class of Heimo Zo bernig at the Academy of Fine Arts. From 2012 onwards I was in close contact with many students from this class. There was a buzz around them in Vienna at the time.

For their collaboration at Galerie Doris Ghetta Richard and Jirí sat down together with their sketchbooks those old-fashioned sources that are still so often the production’s point of departure for both artists. Taking into consideration and using as inspiration the alpine context of the exhibition they let their works be in conversation with ea ch other. A stencil-like procedural work developed by Richard gives the show its language and structure. It evolved around the Plexiglas-works that Richard has been working on during the last two years of which some new versions will be shown in the exhibition. These structures have always had the potential to integrate their environment quite literally by incorporating practical things around the exhibition lik e sponsors’ logos or press texts held by flyer-pockets. This time they hold new collages by Jirí created specifically for this exhibition. The central sculpture can be used to sit and linger in the space, referencing the central seating facilities typical for big national museums thereby slowing down the pace of the gallery where people usually s pend less time indulging in the aesthetic experience. By sitting together and discovering the detailed works step by step the visitors might start a conversation, might make a connection, might share a smile, might fall in love.

Richard Nikl is born 1987 in Prague, he lives and works in Vienna

Solo exhibition of the Italian artist
We see and understand Arnold Holzknecht’s work in two separate stages. When we first approach it from a distance, we think we have grasped its layout and colour; and then we look at it close up, and realise that our impressions were wrong as we now see everything in a different light.

Arnold Holzknecht, born 1960 in Ortisei where he lives and works