Continuing her exploration of the psychological experiences of crowds and the individuals within them, Prager will exhibit five new, large-scale photographs as well as video work. 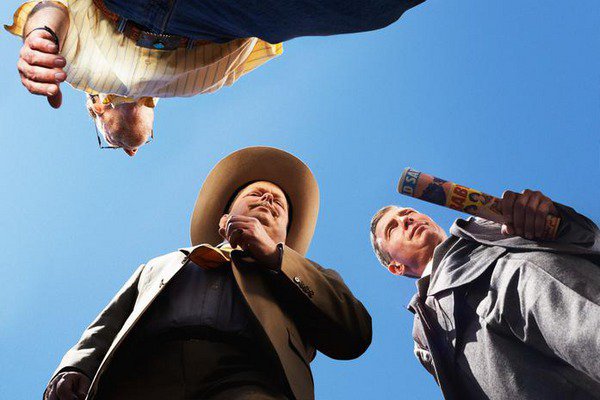 Hong Kong, February 5—Lehmann Maupin will present Alex Prager’s debut exhibition in Hong Kong from March 12 through May 16, 2015. Continuing her exploration of the psychological experiences of crowds and the individuals within them, Prager will exhibit five new, large-scale photographs as well as video work. The artist will be present for an opening reception on Thursday, March 12, from 6-8PM.

Celebrated for her meticulously constructed, theatrical, and richly cinematic images, Prager, a Los Angeles-based artist, is inspired by a wide range of influences, from popular culture, to street photography, to the cinematic history of Hollywood. The artist is also interested in the ways in which audiences perceive and experience the pervasive cultural power of Hollywood films. These references infuse Prager’s works with a narrative quality, leading the viewer to speculate on the “before and after” of the moment and characters depicted in her images.

Prager’s distinctive style and dialogue with Hollywood found full expression in her Face in the Crowd series, which debuted at the Corcoran Gallery of Art in Washington, D.C. in 2013 and was subsequently shown at Lehmann Maupin in New York in 2014. Prager managed large-scale sets, hundreds of extras, and a full production team to create precisely composed images of crowds. This series also includes a short film starring the American actress Elizabeth Banks. These works convey a sense of timelessness, extraordinary idiosyncratic detail, and the sometimes contradictory emotions that immersion in a crowd can produce, such as fear, camaraderie, isolation, claustrophobia, and a feeling of belonging to something larger than one’s self.

In her Hong Kong exhibition, Prager further refines her examination of the psychological dynamics of crowds, focusing on feelings of isolation exaggerated by the extreme vantage points employed in these images. By creating contorted points of view, especially in the works where the viewer looks up from below at the subjects in the photographs, Prager captures moments of stillness and isolation impossible to view in reality.

Following her debut exhibition in Hong Kong, Prager will exhibit new works at the Goss Michael Foundation and at SOLUNA: International Music & Arts Festival, both in Dallas, Texas, in May 2015. Additionally, one of Prager’s new photographs will be shown in Lehmann Maupin’s booth (1C08) at Art Basel Hong Kong 2015.