A secret History of Modern Art 1872-1972. Featuring over 400 works and rare documentary material, the show reveals astonishing causal relationships between artists of the modern period and self-styled "prophets." 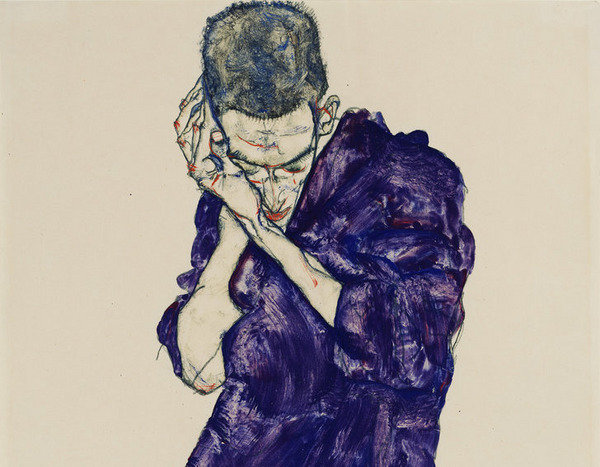 In the large-scale exhibition titled Artists and Prophets. A Secret History of Modern Art 1872–1972 the Schirn Kunsthalle Frankfurt presents an in-depth appraisal of a long, yet largely unknown chapter in the history of European—and most notably German—art. Featuring over 400 works and accompanying exhibits, including paintings, drawings, lithographs as well as extensive and rare documentary material, the show reveals astonishing causal relationships between artists of the modern period and self-styled "prophets." The exhibition embeds these artists and prophets in a broad socio-historical context that spans a period of 100 years. Featuring unique and rarely exhibited works by such artists as František Kupka, Egon Schiele, Friedrich Schröder-Sonnenstern, Friedensreich Hundertwasser, Joseph Beuys, and Jörg Immendorff, the presentation at the Schirn is the highlight of the 2015 spring exhibition season.

The starting point for the exhibition is the birth of a movement of artist-prophets in the German-speaking region around 1872. The protagonists were regarded not only as religious dissenters, but also as social revolutionaries. The best known of these artist-prophets were Karl Wilhelm Diefenbach, Gusto Gräser, Gustav Nagel, Friedrich Muck-Lamberty, and Ludwig Christian Haeusser. Although the first three of these men lived on the fringes of society in their time, Muck-Lamberty and Haeusser, both students of Gräser, attracted huge flocks of followers in the 1920s—until the National Socialists took power. By that time, all five prophets had attained legendary status. That they are scarcely remembered today is largely attributable to the fact that little attention has been paid to the irrational in German-speaking Europe since the Enlightenment. Yet these charismatic leading figures were not only well-known in avant-garde circles, but also had a profound impact on modern art in Europe. The path-breaking abstract art of a František Kupka, for example, can be traced to his contact with Diefenbach and his disciples. Much the same can be said of one of the great themes in the art of Egon Schiele: the artist as prophet.

Since 1905, Johannes Baader's Dadaist actions and collages were closely linked with his self-image as a modern-day Christ—a standpoint and position that was encouraged by Nagel, the "Apostle of Jesus." The subversive drawings executed by Friedrich Schröder-Sonnenstern after 1945 were inspired by his lesser-known activities as a prophet during the Weimar Republic. In the 1950s, Friedensreich Hundertwasser positioned himself as an artist-environmentalist, wandered to the most distant corners of the world, and created works of penetrating, holistic radiance for a broad public. The messianic character of Joseph Beuys's artistic mission was also sustained by principles espoused by the prophets. And Jörg Immendorff was encouraged by them to take his "LIDL" art to the streets of Düsseldorf and profess his belief in the religion of communism.

"In a life in harmony with nature characterized by vegetarianism and veganism, or in the widespread practice of homeopathy, we recognize traces of the 'prophets' of that era. The exhibition makes a pioneering scholarly contribution and promises great masterworks of modern art as well as countless unexpected and surprising insights into European cultural history," states Max Hollein, director of the Schirn.

Dr. Pamela Kort, exhibition curator, explains, "The story of the prophets is not only a fascinating chapter in our social history. It is also closely interwoven with the history of modern art in Europe. Many figures in the art world have made use of their ideas without bothering to cite their sources. By placing the protagonists in the limelight, the exhibition calls attention once again to a long and nearly forgotten chapter in the history of modern art. The time has now come to tell this secret history."

The exhibition catalog presents the fruits of in-depth research on the subject in the form of a probing examination that enables readers to delve more deeply into the “Secret History of Modern Art.” Edited by Pamela Kort and Max Hollein. Foreword by Max Hollein, text by Pamela Kort. German edition with additional text in English