Using the medium of video projection Segal creates sensual, complex and immersive works, which, through illusion, challenge the empiricism of touch and sight. 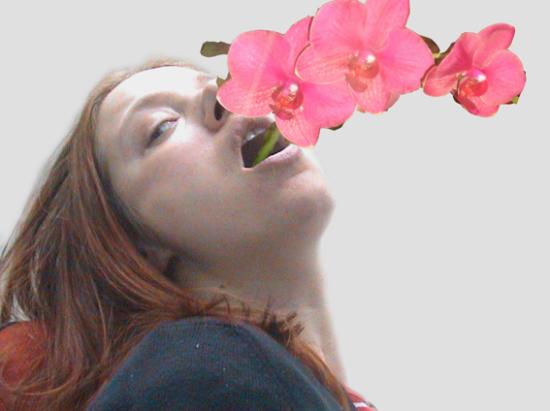 Using the medium of video projection Miri Segal creates sensual, complex and immersive works, which, through illusion, challenge the empiricism of touch and sight. In UnUn (too easy to ease), '999, Segal projects a small video image of the sea, reminiscent of a picture hanging on the wall. The horizon is at eye level and the sound of the sea, along with a barely perceptible layer of music, can be heard. Every few minutes, without warning, the sea surges forward advancing across the space toward the viewer, consuming the walls and the floor on a realistic scale before reaching the viewers feet, whereby the water recedes again after one second. The sudden motion of the approaching wave is accompanied by a burst of laughter. Here, Segal plays with a reversal of impact. Whereas it is expected that the viewer ideally opens up to the beauty of a work of art, this work literally opens up to the viewer. Touching and not touching, seeing and not quite seeing, are concepts which run through many of Segal's works. It is often the viewer, sometimes the artist, who become both subject and object of the touch and of the gaze.

Miri Segal lives and works in Tel Aviv, Israel. She has had solo exhibitions at San Francisco MOMA, PS1 Center of Contemporary Art, NY and the Tel Aviv Museum of Art. Last year she undertook a residency at Villa Arson, Nice. She studied art at the San Francisco Institute and has a Ph.D. in Mathematics. This will be Miri Segal's first solo exhibition in the UK and Europe.