The Florists from Beyond the Grave. For the exhibition the artist presen film, sound and installations. The artist's productions are the results of a researchbased practice that focuses on history. 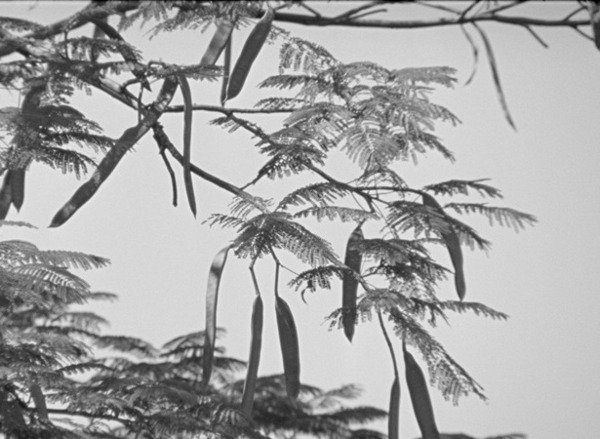 In Tamar Guimarães's practice the dead are always at work, and the past is as porous as the present. In her manifold films and installation works, spiritism, nation-building, colonial narratives and modernist forms create a grammar of displacement and deferral where trauma is always present but never apparent.

A Família do Capitão Gervásio [Captain Gervasio's Family] (2013/2014)––a collaboration with Danish artist Kasper Akhøj––portrays the mental landscape as a social rather than psychological territory. Revolving around the community of Palmelo, in the state of Goiás––a town where roughly half of the inhabitants function as psychic conduits to the world of the spirits, while holding day jobs as civil servants––A Família do Capitão Gervásio recounts a medium's psychic voyage, in which she charts 20 astral cities hovering above the whole of the Brazilian territory.

In a related work, A Man Called Love (2008), Guimarães recounts the story of Brazilian psychic Francisco Candido Xavier, to whom the dead dictated more than 400 books. In Guimarães's film, he appears as a channel for the contradictions in Brazil's social and cultural order, whose symptoms are social as well as psychological. During the dictatorship years, Xavier's visions of spectral nation building reflect the left's yearning for social justice. His assurances of redemption, however, conflate social utopia with the afterlife, deferring the prospect of revolution. The film Canoas (2010) portrays another missed encounter, that of modernism and modernity. Shot in "Casa das Canoas," the house of famed architect Oscar Niemeyer, during a cocktail party, the film points to the friction between aesthetic ideals and social reality, intellectual discourse and lived experience.

Guimarães's earlier works Listed Entries on Jan Leton and Jan Leton and the Archive (2006) deal with the slave as a cipher for everything foreign. Jan Leton, was, as far as accounts go, an African slave who was sent to the Bailiff of Skagen as a gift, in the early 19th century. The ever-changing nature of his story, rather than an insight into his seemingly eventless life, mirrors the life of the local community and how it attempts to narrate itself. In Jan Leton, as is often the case with Tamar Guimarães's work, the past is in constant dialogue with the present, staging an ongoing negotiation between partial truths, personal biography, and collective history.

The exhibition is realized through a collaboration with CentrePasqueArt in Biel.

In 2015 SKMU Sørlandets Kunstmuseum celebrates its 20th anniversary. One of the museum's key goals in recent years has been to strengthen its international program. Tamar Guimarães's solo exhibition coincides with SKMU's ambition to showcase interesting international artists who have thus far received little attention in Norway.