'Aggregates' presents twelve new paintings and an book and examines how our understanding of Nature is deeply affected by ideological, societal, and art historical ideals, fears, and fantasies. 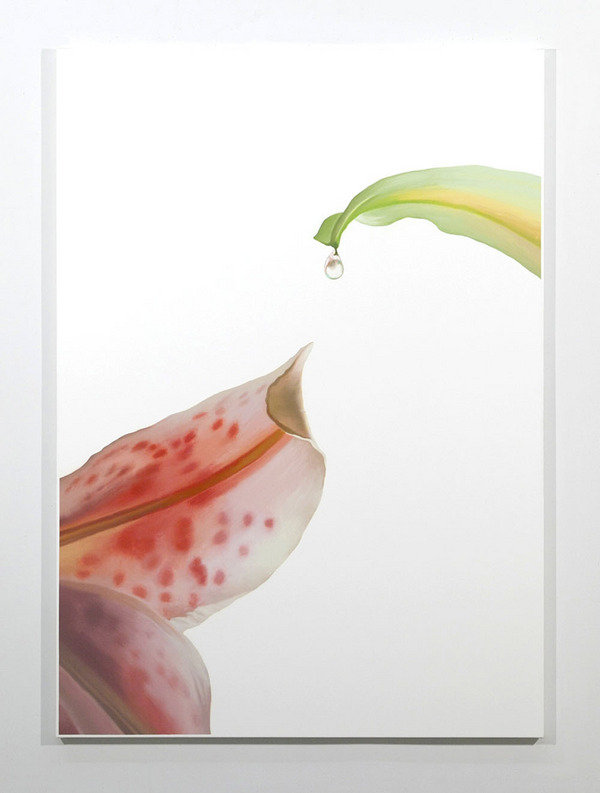 Sikkema Jenkins & Co. is proud to present Aggregates, a solo exhibition of work by Marc Handelman on view from March 12 to April 11, 2015.

Marc Handelman’s exhibition, features twelve new paintings and an artist’s book and examines how our understanding of Nature is deeply affected by ideological, societal, and art historical ideals, fears, and fantasies. Handelman traces the re-emergence of a rhetoric of nature in its idealization and fetishization through the advertising and branding of corporate, state and imperial mythology. In paintings, installations, artist’s books, and other media, he continues to focus on the use of the traditional and outmoded genre of landscape as it takes new forms in mass culture including its relationship to an image ecology – how images are reproduced, merged, multiplied, mutated, and remediated in and out of the digital world.

With an airy pastel palette recalling the delicate color and light of Rococo pastorals, the paintings draw on stock images, art history, and the recurring tropes found in corporate environmental reporting. The works disrupt and complicate correspondences between figure and ground, subject and object, and interior to exterior while addressing our tendency to anthropomorphize, and gender the natural world.

Several of the paintings are coated with retroreflective “projection screen glass” – a material used in older forms of projection screens. The effect of this application suggests a back-lit or screen-based visual experience, and creates an unstable viewing relationship where the image flickers and shifts according to one’s gaze. In all these works, the image of Nature both elicits and fails to represent a coherent and unambiguous identity. Distorting collective Romantic fantasies about Nature, the paintings seek to show what is “unnatural” in our endless naturalisms, and contest the illusory separation of Nature and Society.

The themes of an institutionalized and normalizing nature are expanded in the artist’s book, which lies at the center of the exhibition. Comprising 2,700 pages spread out over 18 binders laid side by side on a long table, the work’s gradual monumentality builds between the repetition and banality of the materials culled from corporate sustainability reports. Also known as “Environmental Reports” or “Corporate Social Responsibility Reports,” these documents were developed by public relations firms to counter the disastrous image crisis for many companies in the wake of widely publicized environmental catastrophes beginning in the 1980s. The reports often perversely re-narrate the legally binding forms of environmental and social compliance (such as the clean up of toxic sites) under the guise of “saving the planet” or the company’s altruistic and environmental philanthropy. Handelman has organized the binders into a disturbing and often humorous taxonomy, displaying an uncanny similarity and infinite mutability of these iconographic clichés, and their fantastical construction of Nature and ethics.

Marc Handelman is a graduate of the MFA program at Columbia University. He has exhibited extensively throughout the United States as well as internationally. Recent exhibitions and projects have taken place at the Royal Swedish Academy of Fine Arts, Stockholm (2014); P!, New York (2013); and American Academy of Arts and Letters, New York (2013). Handelman is a faculty member at the Mason Gross School of the Arts at Rutgers University in New Brunswick, New Jersey. He lives and works in Brooklyn, NY.