The lynx knows no boundaries

The exhibition's title itself comes from a conversation with a duo of artists, Francisco Queimadela and Mariana Calo, about the video installation titled Efeito Orla, whose premise was to set out in search of testimony about the last appearances of the lynx in the Malcata mountain range in Portugal. 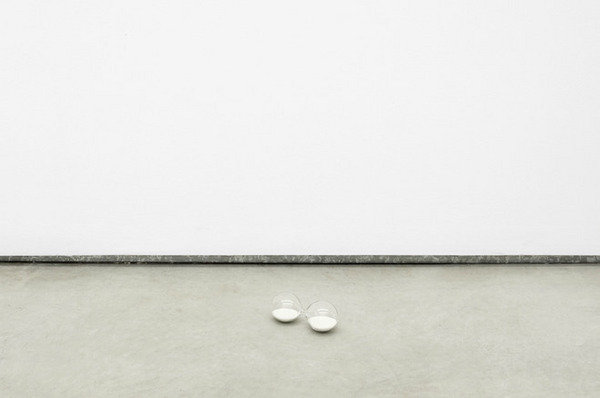 With this show, the Fondation d’Entreprise Ricard is offering a contemporary look at the Portuguese art scene

Rosi Braidotti opens her book The Posthuman with this observation: “None of us can say, with any degree of certainty, that we have always been humans, or that that is all we are.”1 Braidotti re-appraises a Eurocentric and male humanism, currently out-of-date, and suggests talking in terms of territories and de-territorializations, and about desire as a construction rather than something missing. Casting an eye over a scene which is, when all is said and done, mine, offers above all an opportunity to turn one’s way of looking at this scene towards another territory. It is the scene which is looking and not I who am appraising it or choosing its best representatives—it is too vast and varied for that. I have preferred to construct a dialogue based on several specific factors for the Paris public, which I am also part of.

Portugal has a very particular time-frame, as has been described by the Portuguese philosopher José Gil (2005). In it, according to him, the country has made a “leap without any go-between from the premodern to the postmodern”, because, among other things, of the Salazar dictatorship (1932-1974), which created a hiatus in the country’s development. As a result, this European country has, at a distance, assimilated certain major 20th century cultural movements. Let us not forget, however, that, in return, it has built its own vision in its context, with its own language. Fernando Calhau, Joana Escoval, OteloFabião, Ângela Ferreira, André Figueiredo, Carla Filipe, Igor Jesus, Musa Paradisíaca, Oficina Arara, and Diogo Pimentão are artists of different generations with whom a dialogue is being ushered in around this desire for universalism for which abstraction and modernism offer an ideal solution; tradition (the family we have and the one we form) and idiosyncrasy as constructive desire.

The exhibition’s title itself comes from a conversation with a duo of Portuguese artists, Francisco Queimadela and Mariana Caló, about the video installation titled Efeito Orla (2013), whose premise was to set out in search of testimony about the last appearances of the lynx in the Malcata mountain range in Portugal. This mythical creature is not only absent in the film, but also in the region: it is in the process of disappearing. I don’t know if Braidotti was thinking about animals when she wrote the first sentence of her latest book, but there is undoubtedly a dialectic that is established between these two species, man and lynx, which, at a given moment, have suffered the consequences of belonging, each in their own way, and together, to the territory bounded by Portugal’s borders.

Image: Joana Escoval, The past and the present are unified on locations where important events happened, 2014