The exhibition will feature oil on canvas paintings, a large site-specific wall work, a sculptural work, and a silkscreen piece from his 'Indipendance'series, all of which explore the relationship between politics, language, and race. 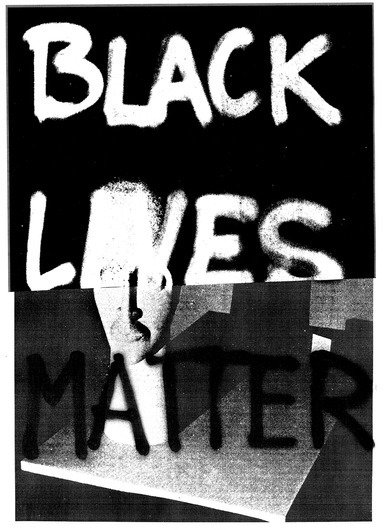 London—Pace London is delighted to present New Work, the gallery’s second solo exhibition by the American artist Adam Pendleton. Staged at Pace London, 6 Burlington Gardens, the exhibition will be on view from 16 April to 23 May 2015 and will precede Pendleton’s presentation in the Belgian Pavilion of the 2015 Venice Biennale.

The exhibition, presented in the first floor gallery, will feature oil on canvas paintings, a large site-specific wall work, a sculptural work, and a silkscreen piece from his INDEPENDANCE series, all of which explore the relationship between politics, language, and race, and consider how history bears on the present.

Pendleton’s new paintings – made with what he describes as a low-tech “painting machine” – have a unique surface that lies between handmade and machine-made. The machine sprays the phrase on an abstract ground, creating a tension between overt and abstract modes of representation. He has also created a wall work that is an enlargement of a collage featuring the phrase “BLACK LIVES MATTER.” These new works echo a sentiment expressed by Judith Butler in the New York Times: “One reason the chant ‘Black Lives Matter’ is so important is that it states the obvious but the obvious has not yet been historically realized.”

Pendleton also continues to expand the visual language of his Black Dada project, whose core paintings depict cropped images of Sol LeWitt’s Incomplete Open Cubes (1974) with isolated letters from the phrase “BLACK DADA.” A sculpture composed of these letters will rest against the walls of the gallery. The sculpture’s mirror-polished steel surface has been silkscreened with pages from the Black Dada Reader, an anthology edited by the artist. This new work brings the letters from his Black Dada paintings into three-dimensional form.