Among the 40 works shown in the exhibition are unique surrealistic 3D-compositions next to motives which are inspired by the landscapes of Greenland, Iceland, Poland, Germany, Croatia and Egypt. 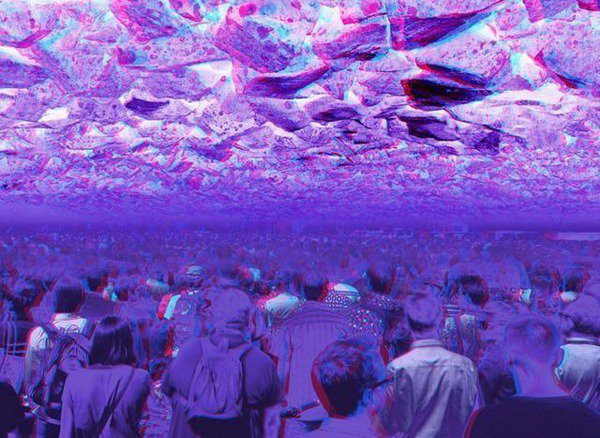 With this exhibition, the impressive, large-format three-dimensional images by the Polish photo artist Marek Saenderski will be shown for the first time in Germany. For 20 years he has been working with 3D - he started from 3D-photography but now he creates unique artistic 3D-compositions and established it as his means of artistic expression.
Now the technical progress of printing allows to show his photographic work in large format pictures at an exhibition.

Among the 40 works shown in the exhibition are unique surrealistic 3D-compositions next to motives which are inspired by the landscapes of Greenland, Iceland, Poland, Germany, Croatia and Egypt.
Immerse yourself in the fascinating 3D photo art of Marek Saenderski, - you get the required 3D glasses at the exhibition.

Marek Saenderski - in different stages of his professional and artistic life: a photo-composer, a photographer, a painter, a sculptor, a traveler, a publisher, recently also an actor in self-directed 3D films.

He is the author of the world's first three-dimensional album containing not only stereo-photos, but also photo-compositions inspired by surrealist art and landscapes from the author's numerous photographic expeditions (including Greenland, Iceland as well as Slovak and Austrian rock and ice caves). For the surreal 3D-images in the album posed about 60 polish photo models, among them Miss Poland Angelika Jakubowska.

'I like it to be inspired in my work by my favorite artists, first of all Rene Magritte, Paul Delvaux and Salvador Dali. In many of my 3D-Images it is easy to see their spirit floating in three dimensions.'

For his most technically advanced presentation of more than 100 photo-compositions from the Saenderski 3D World album Marek Saenderski received great recognition in 2011 in the Netherlands at the Congress of the International Stereoscopic Union the largest organization of 3D enthusiasts from around the world.

Marek Saenderski's landscape photographs are strictly limited editions but the large-format 3D compositions are unique items and of special interest for art collectors because the author makes only one signed collector's print from the graphic project.

Image: ‘Because everyone goes there’ by Marek Saenderski, Composition based on three-dimensional photography, 137 x 100cm, Unique / Unikat