2002-2008. LTTR is a feminist, genderqueer artist collective originally based in New York. The exhibition includes the group's 5 issues of the journal, video as well as photographs and other documentation of its social energy. 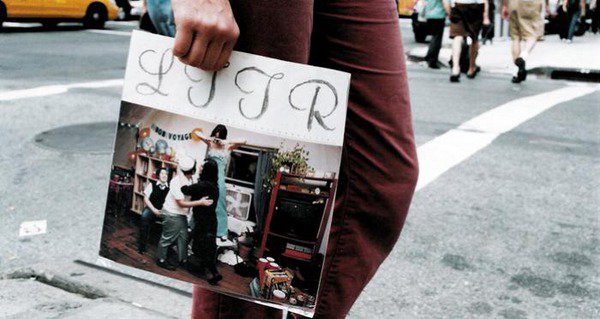 23.5–27.9 2015 LTTR is a feminist, genderqueer artist collective originally based in New York. In the early 2000s, the group engaged in ambitious editorial work and knowledge gathering that resulted in an annual journal, performance events, and video programs, among other things. LTTR catalyzed a vibrant queer community in formation through collaboration, organizing, explicit discourse, journal making, and distribution. The journal, half work of art, half political event, took on a new guise for each issue, ranging from spiral notebooks with golden inscriptions to manila envelopes to LP covers. LTTR constantly created new dialogues and challenged given forms, including their own. The acronym LTTR was in constant motion and was to be read in a multitude of ways, including Lesbians To The Rescue, Listen Translate Translate Record, Lesbians Tend To Read, and Lacan Teaches To Repeat.

In the Spring of 2014, the four editors of LTTR’s fifth issue, Emily Roysdon, Ginger Brooks Takahashi, K8 Hardy, and Ulrike Müller gathered around the archive. The groundbreaking and playfully rigorous work of LTTR will now be exhibited for the first time and activated at Tensta konsthall.

The exhibition Here We LTTR: 2002-2008 includes the group's five issues of the journal as well as photographs and other documentation of LTTR’s social energy. Local and international guests connected to LTTR and to queer art, activism, and research, will guide a series of walk-throughs in the exhibition. Artists Allison Smith and Matts Leiderstam, writer and asylum rights activist Trifa Shakely, researcher Ulla Manns, and theorist Julia Bryan Wilson are some of the invited presenters. In collaboration with Stockholm-based architect Sarah Brolund de Carvalho, LTTR designed an installation that also features two video programs curated by LTTR, as well as documentation of performance evenings and other events. Coinciding with the exhibition, the LTTR website has been redesigned in collaboration with Sara Kaaman, a designer based in Stocholm.

Emily Roysdon, artist, Konstfack professor and one of the magazine's four editors, writes in the preface to the first issue: We're here to reconstitute a new team under an old threat. To embrace our historical birth into feminist sexes and to move with the brilliant bodies, languages, identities and arts that this long walk has produced. But this lesbian we speak of I find him as ambiguous in nature as in verse. I find her over and over again."

In Roysdon’s poetical preface, queer identities emerge through the language. The lesbian can be found everywhere, and over again. A border-crossing approach that is characteristic for queer feminism, a feministic movement that is not so easy to define. Queer strategies often involve a critique of the definitions themselves and a rejection of traditional gender categories. To insist on identity and desire as ongoing processes, as becoming, is an approach that many queer feminists sympathize with. In similar ways, it is not the “being” but the “doing” that characterizes LTTR’s work: to switch on and put at risk, shift the meaning of meanings, and activate the reading body.