This exhibition brings together images by Daniel Desmedt, Lewis Koch and Jacques Vilet, photographs which explore remains and memory. There is definitely no scientific aim here, the investigation is completely subjective. 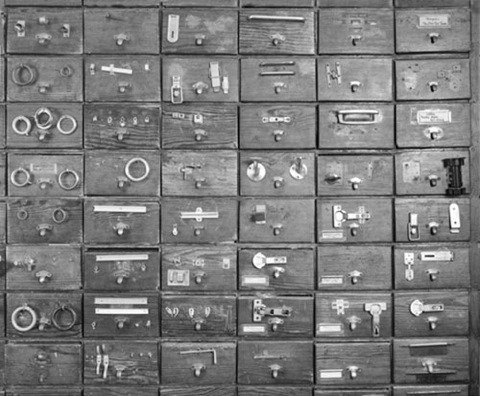 Archaeology in its strictest sense is a scientific discipline: the study of historical civilisations by means of found or excavated material remains. Archaeological digs, explorations and soil sampling reveal artefacts that can be analysed to create a “portrait” of our ancestors.

This exhibition brings together images by Daniel Desmedt, Lewis Koch and Jacques Vilet, photographs which explore remains and memory. There is definitely no scientific aim here, the investigation is completely subjective.

The exhibition features three personal views of fragments of life examined by each photographer.
The photos they have produced here are of diverse types, but, in each case, care has been taken in the desire to capture and preserve traces, to record a reality before it disappears completely.
They range from personal images of close relatives that recall very personal, intimate stories, to appropriations of traces left by strangers.
These attractive or tentative memories strive to preserve that which escapes us.

As part of the series «+ Rien» («Nothing More»), Daniel Desmedt explores the photographic archaeology of a house that had been lived in for many years.
The accumulation of objects evokes the preoccupations, tastes and activities of their owner. They bear witness to her life, piled on top of each other like strata in rock, often with no other logic than the passage of time.
When we attempt to find the story behind them, we come up against puzzles and silence.
These objects have no more use, no finality and so they have become things, opaque and yet real. Once they had a sense and a function.
Now they have become orphans, evoking the absence of the house’s former occupant, the disappearance of sense and of memory, like old family photos of people we no longer recognise.
Strangely familiar they remind us of the fragility of desire and the need to constantly rebuild our sense of our lives. (D. Desmedt)

Lewis Koch (USA) explores in this work the remains of an archaeology with which he hopes to engage a critical response to the ongoing acceptance of war as a means of conflict resolution. In his installation, he shows the remains of a B-17 bomber which, while being flown to the European Front in 1943, crashed in the remote, inaccessible wilds of Wyoming. Over the intervening years, the remains have become integrated into the primordially devastated landscape. In Koch’s narration, he interweaves poetic texts and photos of the crash site with images taken from WWII-era documentaries, and maps of targeted cities. The work invites us to reflect on this stark and humbling site, to see it through the artist’s eyes as a metaphor. It is a meditation on the futility of war and its disastrous effects, but also on the importance of memory, grieving, and healing.

As for Jacques Vilet, his images in this exhibition reveal his passion for lists, for walls of drawers and for shelves and card-index drawers. Through a visual sweeping-up, he creates inventories of sewing boxes, drawers, boxes full of small objects and files, just like his other images of landscapes in which he wants to fix their reality.
It is an attentive and systematic study of places and the things they are made of. He shows us his vision, from now on frozen and recreated for ever in these images, snapshots of everyday life, of things that caught his eye in the muddles and stories of other protagonists who remain forever unknown to us.