Contemporary Art by the Sea. The group exhibition will be spread out across three unique locations, and will complement this unconventional presentation. Conceived as a trilogy, some forty artists will display new projects or already existing works. 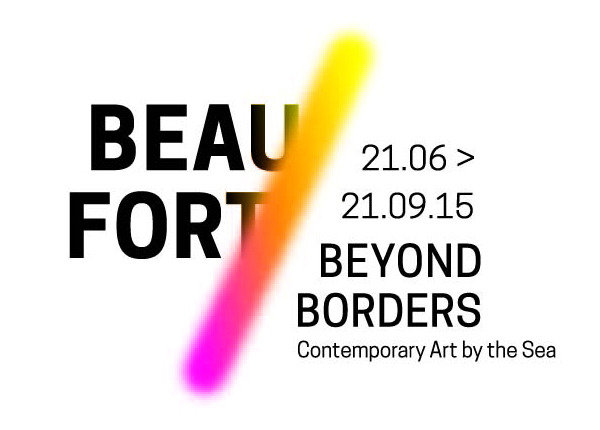 The fifth edition of Beaufort entitled ‘Beyond Borders’ continues to build upon the tradition of art in the public space from the previous editions, but also makes a firm choice for change and innovation. The Province of West Flanders is the initiating party, and along with the Department of Culture has invited the ten coastal municipalities to support this inno- vative artistic concept and to help accomplish it.

Beyond Borders opts for a complete project along the coast, whereby a solo exhibition by the A Dog Republic collective led by 91-year-old architect, urbanist, and designer Yona Friedman is combined with a group exhibition at three locations in the province: the Zwin Nature centre along the east coast, Raversyde in the centre and visitor centre De Nachtegaal with the surrounding Oosthoek dunes along the west coast. The solo exhibition consti- tutes the artistic link between these three loca- tions, in order to complete the continuity of Beyond Borders in content and presentation.

At the invitation of Beaufort Beyond Borders, ‘A Dog Republic’ is developing a major project entitled ‘Musée Promenade’. ‘Musée Promenade’ is the title of the pro- ject along the 67 kilometres of coastline, enchanting in many ways. This ‘museum’ takes shape while walk- ing, and over time and depending on location assumes various forms. This will include drawings in the sand, in shop windows and in Plexiglas boxes, as well as flags, posters and texts in the streets, films, architectural in- stallations, pavilions, ... Visitors, hikers and passers-by will hereby be given the space to take on an active role. ‘Musée Promenade’ will be a genuine spectacle in the streets, shops, buildings, beaches, ports, and prome- nades of the 10 coastal municipalities. Most striking will be the various architectural prototypes, based on Yona Friedman’s ideas on ‘mobile architecture’ and ‘self planning’.

The group exhibition will be spread out across three unique locations, and will complement this unconven- tional presentation. Conceived as a trilogy, some forty artists will display new projects or already existing works. A combination of recently graduated art scholars, more established names and well-known international artists will take on the challenge and bring surprising and highly diverse proposals. Think film, floral installations, neon, dioramas, ... Nothing is too much in this edition.

Beyond Borders takes place from 21 June until 21 September 2015, but has the ambition of going ‘be- yond the borders’ of the exhibition itself, and of its temporary nature. By reflecting on art in the public space, by looking for new ideas on art and architec- ture, art and science, art and urbanization, ecology, sustainability, activism, education, ... its aspiration is to have a long-term impact on society.

How do contemporary artists formulate new pro- posals within the walls of a museum, or an art exhibi- tion? Following the example of “Sonsbeek buiten de perken” in 1971, we wish to chart the newest roads taken by artists, and look beyond the borders of the art world. The curators make a conscious choice to include barely any seaside and beach locations or monumentality, but in this Beyond Borders edition of Beaufort respond to the demand for small scale and ‘public intimacy’ of art proposals – even though the scale may certainly still be large. The three lo- cations where the group exhibitions will take place show strong connections with nature and are close- ly related to this approach.

Along with the artists and the exhibition visitors we search how ‘ideas gain traction’. Indeed, the exhibition will include not only works of art but will also bring lectures, small-scale concerts, perfor- mances, film screenings, workshops, a research residency on ‘Comfort & Resistance’... For this pur- pose we collaborate with various organizations, including Vrijstaat O., VUB Crosstalks, stroom Den Haag, Leffingeleuren, Theater aan Zee, CAHF (Contemporary Art Heritage Flanders), Be-Part, KASK Gent, Ons Erfdeel, ...