After Babel, is a group show about language and translation in a broader sense, and about how meaning is formulated and conveyed in time and space. 89plus has invited poets, visual artists, architects, filmmakers, musicians, designers, reserachers born in 1989 or later to participate in Poetry Will be Made by All! 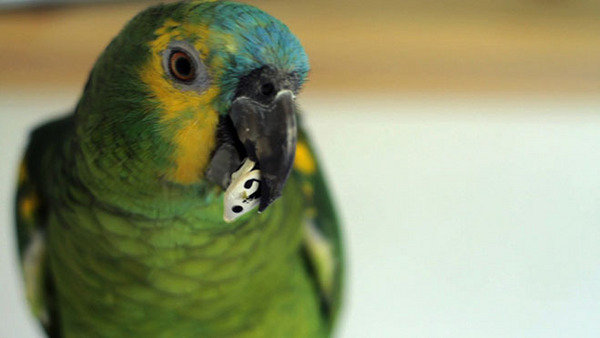 After Babel is a major group show about the many languages that form part of contemporary art. The common denominator for the participating artists is that they build bridges between different languages and continents.

There really is a tower at the heart of the show. It is based on a concept by Simon Denny (New Zealand/Germany) in collaboration with Alessandro Bava (Italy/ United Kingdom), that provides a tangible form for the ideas of the legendary exhibition Poetry Must Be Made By All! Transform the World! (MM1969). In the twenty-first century version poetry is written and produced “on demand” and the tower becomes a place for readings, discussions and conversation. Grouped around the Babylonian tower are works by George Adéagbo (Benin/Germany), Etel Adnan (Lebanon/France), Kader Attia (Algeria/France), Yael Bartana (Israel/Netherlands), Paul Chan (Hong Kong/USA), Rivane Neuenschwander (Brazil/Great Britain), Michelangelo Pistoletto (Italy) and Haegue Yang (Korea/Germany).

All the featured artists explore linguistic short-circuits, the impact of chance, what happens when control ceases to apply to various forms of communication systems, the gap between what we write and what we mean, how given facts take on new significance in the encounter with the unanticipated, interpretations that implode, how a sense of belonging is created without banishing the Other, historical mistakes, and mankind's longing for knowledge and something to believe in. A few of the artists' works are shown in other places within the museum, as parts of a larger context. In layer upon layer of meanings, like Chinese boxes, Russian nesting dolls, visitors can study parallel exhibitions and presentations of the collection that are interrelated in ways that are sometimes obvious and sometimes more subversive.

Several of the artists are represented in the museum’s collection and some of the works have also been installed elsewhere as corresponding parts of a larger context that allows the museum to widen the view beyond the standard western perspective of art history.

After Babel serves as a hub for this building of bridges between languages and traditions in which the multifaceted works of the artists can create new meanings and openings to a wider world.

Poetry Will Be Made By All! / 89plus After Babel Stockholm Sessions

Curated by Simon Castets and Hans Ulrich Obrist for 89plus with Kenneth Goldsmith, Luna Miguel and Giovanna Olmos.

New voices in the project 89plus after Babel Sessions will appear in the exhibition throughout the summer until 30 August.

89plushas invited poets, visual artists, authors, architects, filmmakers, musicians, designers, koreografer, reserachers och technologists born in 1989 or later to participate in Poetry Will be Made by All! Which is a part of After Babel.

About 89plus and Poetry will be made by all!

The creative practices of a world shaped by the globalising power of the internet is the focus of the Swedish edition of ”Poetry Will be Made by All!”.

It is an opportunity for 89plus to elaborate on the explorations that began in Zurich in 2014 as part of their exhibition of the same name, which was itself inspired by the seminal 1969 exhibition at Moderna Museet, ”Poetry Must be Made by All! Transform the World!” It is also another milestone in 89plus’s publishing project “1000 Books by 1000 Poets”, which will publish 1000 new books of expanded writing and poetry by authors from all over the world.