An art fair for artistic photography. The world's finest galleries show positions of artist aged under 40. Galleries brought together by curated exhibitions and set within a varied and themed programme. 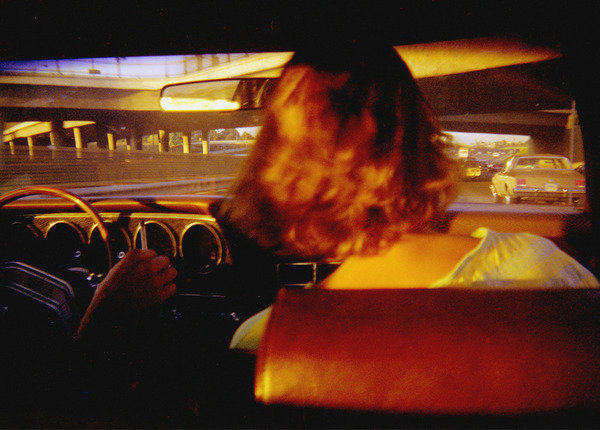 Switzerland’s first art fair solely dedicated to photography opens its doors from June 17th to 20th – parallel to Art Basel.
Over 100 works of art from 20 international galleries (from 3 continents) are exhibited.

Some highlights from the fair and its exhibiting galleries:

Paris based Gallery Esther Woerdehoff shows works of the Swiss photographer Fabian Unternährer (born 1981)– winner of the Prix Photo 2015. In addition, Esther exhibits the danish-swiss duo PutPut whose „popsicle“ is also this year’s photo basel keyvisual.
Bildhalle’s Mirjam Cavegn has works of Carmen Mitrotta and Douglas Mandry (born 1989) on display at her booth.
Another outstanding Swiss Gallery is widmertheodoridis, the duo exhibits works of the young Swiss artist Sebastian Stalder (born 1988) – winner of the Swiss Art Award 2013 and the Austrian born photographer Marko Zink.
1976 born documentary photographer Jeroen Hofman gets a dedicated solo show from Kahmann gallery.
French Gallery Baudoin Lebon, itself specialised on finding fresh talent will also show a solo position of the American artist Ayana V. Jackson. The artist will be present at photo basel. Berlin and Stockholm based Grundermark Nilsson gallery presents Inca & Niclas, the duo puts nature in the context of their entire work (Inka Lindergård was born 1985 and Niclas Holmström 1984). A real shootingstar is Swiss born architect turned artist, Nicolas Feldmeyer. His imposing art work can be seen at mc2gallery from Milan.

Another photo basel partner institution is the “association of creative photographers – vfg” whose youth award turns 19 this year and is amongst the most respected in the country.

Focus photola – presents the 20 finalists of the award – this year’s winner Arden Surdam is present at the fair.
Special exhibition – „Drive In“
When Elliott Erwitt, during and after the depression era, photographed those rolling dreams with his candid sense of humour and irony, cars, especially the very large and imposing ones, were already a landmark in the American landscape. When René Burri travelled to Brazil to document the building of modern cities, one of his most stunning photographs, «Men on a roof top, Sao Paulo, 1960», is a view of the rush hour traffic on a busy street. Simone Kappeler, another Swiss photographer, drove through America in 1981, 30 years after her fellow countryman Robert Frank, and took pictures with her Hasselblad, a Polaroid and cheap toy cameras like Diana. She saw America in colour, influenced by American movies and photography. Symbol of the American dream, of the rise of the middle class and of individualism through the whole XXth century, cars appear in a great amount of photographies.  With the rise of Street Photography, cars were bound to peep out on most photos taken. Still cars are photographed not only as a transportation device through the packed streets of cities or in the great outdoors emptiness but also as a traveling place of intimacy in the public space, where people talk, eat, sleep, love, as in a ever moving home. For photographers, cars are elements of decor, mechanical sculptures with their own modern aesthetic, frames that echoes the camera’s viewfinder but also boxes where small scenes take place between people as in a moving theatre. Cars ends up belonging to a cinematographic imaginary and become a subject for their own aesthetic qualities of machines and the symbolic of speed, power and freedom they convey.