Nous l'avons tant aimee, la revolution. Consisting of about 77 artworks, the exhibition is composed around a large installation of 150 tons of broken glass, covering the floor of most of the area. Jaar has selected works from over 40 artists, who in the '60s, '70s, and '80s sought to resist and change the world. Simultaneous Jaar's work Culture = Capital, a major public commission produced by the [mac]. 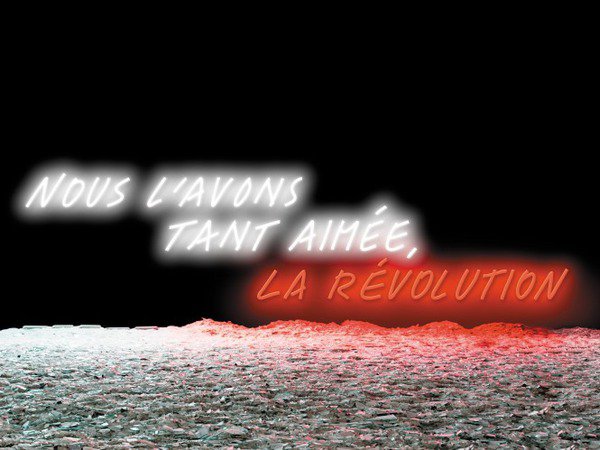 The [mac] musée d'art contemporain de Marseille announces the first major exhibition of Alfredo Jaar in a French museum titled Alfredo Jaar: Nous l'avons tant aimée, la révolution (We loved it so much, the revolution) from July 4, 2015 to January 10, 2016.

Recognized as one of the most uncompromising, compelling, and innovative artists working today, Jaar's work from the last 40 years does not cease to remind us of the ethical role of art and culture. Whether through simple photographs or ambitious installations, Alfredo Jaar enlightens and awakens the conscience of his public with a rare but vital poetry.

Specially conceived for the [mac] in Marseille, Jaar's project Nous l'avons tant aimée, la révolution follows the concept of his earlier project Abbiamo amato tanto la rivoluzione exhibited at Fondazione Merz in Torino in 2013. The title of the exhibition is inspired from the eponymous 1986 book by Daniel Cohn-Bendit, a French-German politician and student leader during France's May 1968 movement, in which the author interviews activists and intellectuals from across the world.

Consisting of about 77 artworks, the exhibition is composed around a large installation of 150 tons of broken glass, covering the floor of most of the exhibition area. Visitors walking on this dark shattered but reflecting surface will be taken through a space of collective history. Through this journey, they will be invited to reflect on what remains from difficult moments of history and, most importantly, how conflict between order and disorder can become ground for hope and cultural rebirth.

Simultaneous to his exhibition at the musée d'art contemporain, Alfredo Jaar's work Culture = Capital, a major public commission produced by the [mac] for Marseille 2013 European Cultural Capital and recently acquired by the Fonds d'art contemporain de la Ville de Marseille, will continue to be on view at the BMVR (Bibliothèque Municipale à Vocation Régionale).