An exhibition of the late paintings of Pollock, made between 1951 and 1953; a phase of work referred to as his black pourings and a highly influential part of his career. "Encounters and Collisions" presents an extraordinary group of artists, chosen by Ligon, who have influenced him or with whom he feels an affinity. Highlights from Bratescu's remarkable body of work since the 1960s. 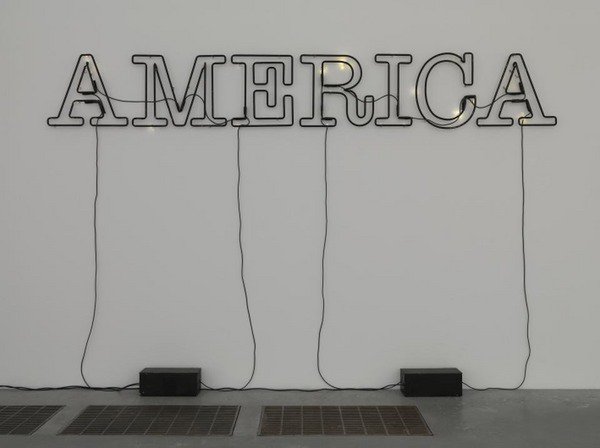 This summer Tate Liverpool presents the first exhibition in more than three decades to survey the late paintings of Jackson Pollock (1912-1956), made between 1951 and 1953; a phase of work referred to as his black pourings and a highly influential part of his career.

Jackson Pollock is widely considered one of the most important and provocative American artists of the twentieth century, whose work has made an immense contribution to abstract art. Pollock famously pioneered ‘action painting’ - a process that saw him dripping paint on canvases laid flat on the studio floor. Jackson Pollock: Blind Spots focuses on the latter part of the artist’s career, shedding light on a less known but extremely significant part of his body of work.

Jackson Pollock: Blind Spots will introduce audiences to the artist’s practice via a selection of his important drip paintings made between 1947-50 including Summertime: Number 9A 1948 (Tate) and Number 3, 1949: Tiger 1949 (Hirshhorn Museum and Sculpture Garden). Exhibiting works from the height of the artist’s fame set against his lesser known paintings will serve to demonstrate the radical departure represented by the black pourings. The exhibition offers the opportunity to appreciate Pollock’s broader ambitions as an artist and makes these fascinating later paintings readable as ‘blind spots’ in an otherwise intensely debated career.

The black pourings, a series of black enamel and oil paintings, will be presented alongside unique works on paper and prints from the same period, which are regarded as his most important and productive output as a draughtsman. Also on display will be a number of virtually unknown and rarely seen sculptures, giving viewers the opportunity to reconsider his intentions as an artist.

In 1965 art historian Michael Fried remarked that Pollock’s black pourings saw him ‘on the verge of an entirely new and different kind of painting … of virtually limitless potential’. After nearly four years of colourful, decorative, non-figurative paintings, Pollock felt compelled to return to the origins of his art. He needed to reinvigorate his practice during a personally difficult period in his life and the representational style of his black pourings, including the emergence of human figures and faces, signalled a major change of direction in Pollock’s style. His shift in technique also anticipated the arrival of colour field painting that followed in the mid-1950s to early 1960s; characterised by large areas of a more or less flat single colour it was found in the work of artists including Helen Frankenthaler, Morris Louis and Jules Olitski.

The black pourings were first exhibited at Betty Parsons Gallery, New York in 1951, with another collection shown at Sidney Janis Gallery, New York in 1952. Jackson Pollock: Blind Spots will be the largest gathering of these works in a public institution and the most significant showing since their 1980 presentation at the Institute of Contemporary Art, Boston.

Jackson Pollock: Blind Spots has been developed in collaboration with The Pollock-Krasner Foundation. The exhibition at Tate Liverpool is curated by Hoffman Family Senior Curator of Contemporary Art at the Dallas Museum of Art, Gavin Delahunty (formerly Head of Exhibitions and Displays at Tate Liverpool) with Stephanie Straine, Assistant Curator, Tate Liverpool. The exhibition has been organised in partnership with the Dallas Museum of Art where it will be shown from 15 November 2015 – 20 March 2016.

Tate Liverpool and Nottingham Contemporary present a major exhibition curated by one of America’s most distinguished contemporary artists, Glenn Ligon (b.1960, New York). Ranging from Willem de Kooning, Andy Warhol, Cy Twombly, Bruce Nauman and David Hammons to Steve McQueen, Lorna Simpson, Felix Gonzalez-Torres, Chris Ofili and Adrian Piper, Encounters and Collisions presents an extraordinary group of artists who have influenced Ligon or with whom he feels an affinity.

The works, chosen by Ligon, have multiple relationships to his art and often feature in his own writings; their presentation could be described as Ligon’s ‘ideal museum’. Together they position post-war American artistic endeavours within wider political and cultural contexts. Since the late 1980s Glenn Ligon’s practice has actively referenced other artists, works of literature and culture more broadly. His work often deals in subtle and probing ways with the shifting experience of American identity, borrowing directly from textual and visual sources as varied as slave narratives, the essays of James Baldwin and Zora Neale Hurston, the comedy routines of Richard Pryor, or news coverage of Louis Farrakhan’s Million Man March of 1995. Ligon is a painter who also makes work in many other media: print, video, neon and installation. Similarly, the works in Encounters and Collisions juxtapose paintings and other media, even expanding into parallel disciplines such as photojournalism.

Exploring the poetics and politics of difference, Glenn Ligon: Encounters and Collisions provides a new framework with which we can view the American canon. Giants of abstract expressionism, such as Franz Kline and Willem de Kooning, appear, as do key representatives of tendencies in American art that followed in its wake, from pop art and minimalism to conceptual art and performance. This work is brought into close dialogue with the evolving politics of its day, in particular the Civil Rights struggle and the Black Liberation movement. Ligon’s own generation of artists is well represented, including David Wojnarowicz, Byron Kim, Felix Gonzalez-Torres and Zoe Leonard. Like Ligon, these and other artists explored difficult questions around representations of race, gender and sexuality during the reactionary aftermath of the ‘Culture Wars’ and the AIDS crisis at the close of the Reagan era.

Several of Glenn Ligon’s own works will anchor this wide-ranging exhibition. They include Stranger #23 2006, a large black on black painting featuring a stenciled passage from James Baldwin’s Stranger in the Village, the letters picked out in sparkling coal dust. It also features one of Ligon’s paintings of Malcolm X in gaudy make-up – one of a number of paintings he based on an African-American colouring book from the 1970s and his seminal early work Untitled (I Lost My Voice I Found My Voice) 1991.

Meanwhile the word AMERICA faintly glows in a work made from black painted neon in DLA Piper Series: Constellations. The free Tate collection display encourages the exploration of connections between artworks and Ligon’s neon work will be at the centre of a ‘constellation’ curated by Ligon himself. Featuring work by artists Robert Morris, Sam Gilliam and Bruce Davidson, his selection will set off new encounters and collisions.

Tate Liverpool presents the first solo exhibition in the UK of work by Romanian artist, Geta Brătescu (b. 1926). Since the 1960s Brătescu’s work has encompassed drawing, sewing, print-making, performance, film and installation, and this exhibition will present highlights from her remarkable body of work.

Brătescu studied at the Academy of Fine Arts, Bucharest, in the late 1940s, but was expelled before completing the course due to intervention from the newly dominant Communist party. Having worked primarily as an illustrator and animator although still exhibiting her own work, in 1969 Brătescu returned to university and, as a fine art student once more, had access to a shared studio space. When back at the Academy her practice became more experimental, and she found in the studio a precious resource which she saw as a space to redefine the self. Nowhere is this more present than in the seminal film, The Studio (L’Atelierul) 1978, in which the artist’s performative actions define the studio space, which in turn determines her bodily gestures, and is a key work in the exhibition.

Also on display will be a recent acquisition to the Tate collection, Hands: For the eye, the hand of my body reconstitutes my portrait 1975, a film piece that emphasises the relationship between performance and drawing, and the creation of space and identity. Classical drawings of hands made in the early 1970s will be shown alongside this, revealing Brătescu’s impressive skills as a draughtswoman.

Brătescu also worked with textiles, sometimes with fragments of cloth left to her by her mother. In the 1980s she made a series of important textile works that she described as ‘drawing with a sewing machine’ including Hypostases of Medea VIII and IX 1980, the subject of which was the Greek mythological character who, in the Euripides play of the same name, kills her children to punish her husband’s betrayal, thereby confounding traditional expectations of a wife/mother figure. Works from the series made around Medea, which include lithographs, drawings and textile works, show Bratescu’s fascination with this conflicted character.

In recent years Brătescu’s practice has focused on collage, or ‘drawing with scissors’ as the artist describes it. The exhibition will feature the ongoing series of paper cut-outs Game of Forms (Jeu des Formes), as well as a new site-specific collage conceived of for the windows of Tate Liverpool’s Wolfson Gallery. Showcasing the artist’s work across a variety of media, this exhibition reveals Geta Brătescu’s singular vision across five decades, and her dedication to the drawn line.