Juxtaposing work from different periods, the exhibition explores how artists have reacted to historical events, and how they capture and interpret the past. From 18th century history paintings to contemporary pieces. 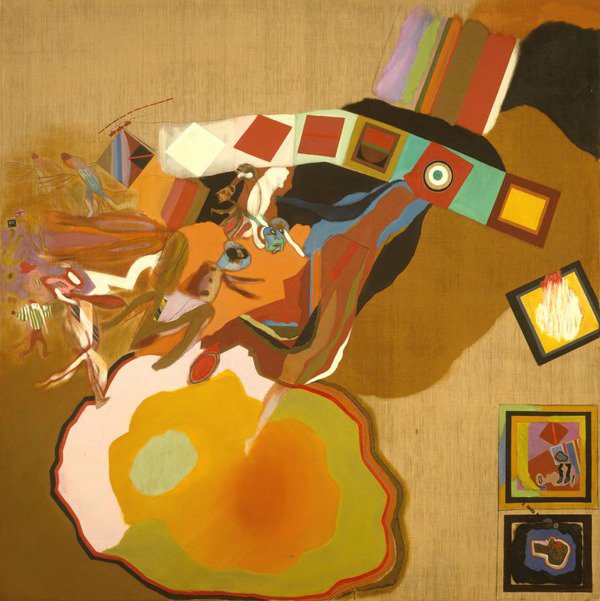 Fighting History celebrates the enduring significance and emotional power of British history painting through the ages, from 18th century history paintings by John Singleton Copley (1738-1815) and Benjamin West (1738-1820) to 20th century and contemporary pieces by Richard Hamilton (1922-2011) and Jeremy Deller (b.1966). Juxtaposing work from different periods, the exhibition explores how artists have reacted to historical events, and how they capture and interpret the past.

Often vast in scale, history paintings engage with important narratives from the past, from scripture and from current affairs. Some scenes protest against state oppression, while others move the viewer with depictions of heroic acts, tragic deaths and plights of individuals swept up in events beyond their control. Amy Robsart exhibited in 1877 by William Frederick Yeames (1835-1918), which has been newly conserved for this exhibition, casts a spotlight on a historical mystery while John Minton’s (1917-1957) The Death of Nelson 1952 offers a tender perspective on the death of one of England’s greatest naval commanders.

During the 18th century history painting was deemed the pinnacle of an academic painter’s achievements. These paintings traditionally depicted a serious narrative with moral overtones, seen in John Singleton Copley’s The Collapse of the Earl of Chatham in the House of Lords, 7 July, 1778 1779-80. The way history was presented in these works was not a precise description of events, but aimed more towards the Italian istoria – a narrative that pleased the eye and stimulated the mind.

While some conventional accounts suggest that history painting died off in the 19th century, this exhibition shows the continuing vibrancy of the genre, as new artists have engaged with its traditions to confront modern tragedies and dilemmas. Richard Hamilton’s The citizen 1981-3 offers one illustration of this, highlighting the ‘troubles’ in Northern Ireland in the late 20th century. Jeremy Deller’s The Battle of Orgreave 2001, a re-enactment of the 1984 clash between miners and police in South Yorkshire, is also featured. Comprising a film, map, miner’s jacket and shield amongst other things, the room immerses visitors in a pivotal moment in the history of the miners’ strike. In addition, Malcom Morley’s triptych Trafalgar-Waterloo 2013 venerates Admiral Lord Nelson and the Duke of Wellington, who are separated by a cannon based on one from the HMS Victory protruding from the canvas in the central panel.

The exhibition also compares traditional and contemporary renderings of historical events from scripture, literature and the classical world. There is a room dedicated to interpretations of the Deluge – the biblical flood that symbolises both the end and the beginning of history – including JMW Turner’s (1775-1851) The Deluge 1805 and Winifred Knights’ (1899-1947) The Deluge 1920, which contains unmistakeable references to the former. There is also a section focusing on depictions of antiquity, seen in works such as Sir Edward Poynter’s (1836-1919) A Visit to Aesculapis 1880 and James Barry’s (1741-1806) King Lear Weeping over the Dead Body of Cordelia 1786-8, which frames the Shakespearian tragedy in a scene of ancient Britain.

From Ancient Rome to the Poll Tax Riots, Fighting History looks at how artists have transformed significant events into paintings that encourage us to reflect on our own place in history.
It is curated by Greg Sullivan, Curator British Art 1750-1830, Tate Britain with assistance from Assistant Curator Clare Barlow.

The exhibition is accompanied by an illustrated catalogue with contributions from Dexter Dalwood and a programme of talks and events in the gallery.