My first Summer in the Sierra

Works from the Centre national des arts plastiques. The exhibition proposes a new landscape, strange and familiar. A walk in the nature's heart that is disturbing and sublime. 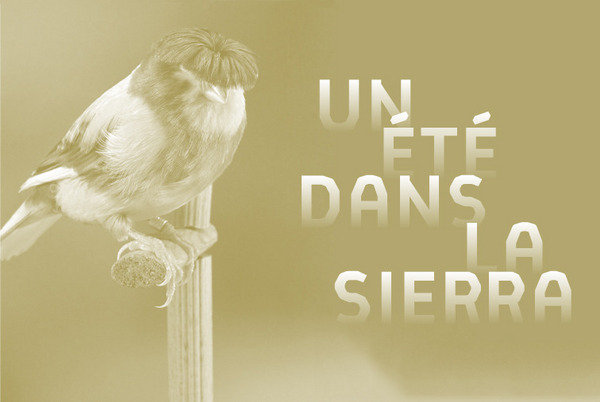 For this second exhibition at the château de Rentilly, recently rehabilitated by the Communauté d’agglomération de Marne et Gondoire, the frac île-de-france invite the Centre national des arts plastiques to made an exhibition project based on a selection of works from the Fond National d’Art Contemporain’s collection, which it is the CNAP’s brief to enrich, conserve and diffuse.

My First Summer in the Sierra is freely inspired by the book self-title written by the American naturalist John Muir (1838-1914), and brings together some thirty works from the CNAP collection, clearly promote the idea of nature and the link between man and his environment.

John Muir, a confirmed activist, was a powerfull figure in proto-ecological thinking. Throughout his life he stood apart as a result of his stance in favour of the landscape’s preservation, involving, in particular, the creation of Yosemite National Park. His inspiring writings are also a tremendous exaltation of a nature that is ever more surprising and fascinating.

With My First Summer in the Sierra, John Muir invites us on a journey to the Sierra Nevada during the summer of 1869, a mountain range where fauna and flora are connected: “When one tugs at a single thing in nature, he finds it attached to the rest of the world”.

By following this thread of a nature which, in the specific context of Rentilly – and its park of more than 125 acres – seems primordial, the exhibition proposes a new landscape, strange and familiar. A walk in the nature’s heart that is disturbing and sublime. Inside the château, which is devoid of any scenographical adjunct, thus underpinning one of the wagers of the rehabilitation project and this special relationship with the exterior, the works thus engage in a dialogue with the surrounding nature.

Be it a floor/sculpture made of terra cotta conjuring up the depths of the Lac de Vassivière in Limoges region (Dominique Ghesquière), an ascent with a tree as its high point (Katinka Bock), painstaking samples of colours and plants (herman de vries), a tapestry made solely with horse hair (Pierrette Bloch), or the effect of a previously coloured snowball on a sheet of paper (Andy Goldsworthy), this relation to nature is unambiguously established, and the reality that is brought to us is asserted in the most direct manner.

In many instances, the logic of the approach embarked upon by the artists comes across just as clearly. The rules and procedures which govern what is presented are made so legible for us that the works stemming from them seem natural to us, in more than one respect: broken into bits, a
rock is put back together again as it once was, in an extremely minimal operation (Hubert Duprat), in a powerful way, chocolate-coated substances and mice are summoned to create surprising abstract paintings (Michel Blazy), and a cupboard houses many flat stones like books in a library (Stéphane Thidet)… In many cases, the procedure is above all a game which draws us turn by turn towards the strange, the absurd, and the wondrous.

In this way, by means of this thread which is as explicit as it is fundamental, My First Summer in the Sierra asserts the singular qualities of nature and its strong evocative powers, for a free wander between captures of reality and sweet daydreams.