50 artists from 20 countries all around the world will take part in the exhibition, including Yoko Ono, Alfredo Jaar, Tino Sehgal and Lee Kit. The key term of this 3rd edition is Mobilization, understood here as an ability to change and rise to a fundamentally different level. 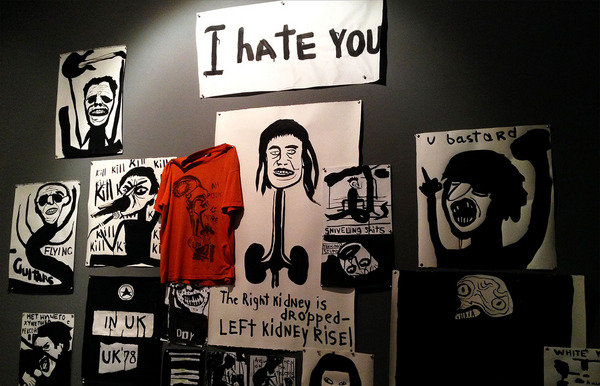 The 3rd Ural Industrial Biennial of Contemporary Art will open on September 9 and close on November 10, 2015 in Ekaterinburg and 10 other cities of the Ural region.

The Biennial's curators, Li Zhenhua (Beijing/Zurich) and Biljana Ciric (Shanghai), have announced the list of Russian and international artists for the Main project. 50 artists from 20 countries all around the world will take part in the exhibition, including Yoko Ono (New York), Alfredo Jaar (New York), Tino Sehgal (Berlin) and Lee Kit (Taipei/Hong Kong).
Alisa Yoffe, Polina Kanis, Svetlana Shuvaeva, Anatoly Vyatkin, Victor Davydov, and Yurko Koval are included in the list of Russian artists, as well as Timofey Radya, the most famous Ekaterinburg-based artist.

The key term of the 3rd Ural Industrial Biennial is Mobilization, understood here as an ability to change and rise to a fundamentally different level. Curator Li Zhenhua imagines his project, titled No Real Body, as an extreme way to find out if art has a starting point or an original source of creative energy. Biljana Ciric's exhibition, titled Spaces for Maneuver—Between Abstraction and Accumulation, projects the general theme of Biennial Mobilization through centering the exhibition around the individual body as a site and tool, negotiating individual existence between social abstraction and accumulation, proposing to imagine rather than to produce.

The curatorial concepts will follow the logic of the space of the historic Iset Hotel, which will house a larger part of the Biennial's programs—the main project, the final exhibition of the Artist-in-Residence program and research projects. The Iset is an integral part of the NKVD residential compound, which became popularly known as Gorodok chekistov (Town of NKVD officers); it is one of the most impressive architectural landmarks of Ekaterinburg and an outstanding example of international constructivist architecture of the 1920s–30s.

As part of the Artist-in-Residence program, artists from seven countries visited nine working enterprises of the Ural region from July 13–26, 2015. This trip constituted a research stage of the program, allowing the artists to immerse themselves into different stages of manufacturing process and prepare a series of site-specific projects.

The Biennial's special project will continue a study of the industrial theme in art initiated by curator Kirill Svetlyakov in his exhibition Modern Art Museum: The Department of Labour and Employment, prepared for the State Tretyakov Gallery. The exhibition will be presented at the Ekaterinburg Museum of Fine Arts and will use part of the museum's collection.

The Ural Federal University has become a strategic partner of the Biennial's intellectual platform for the third time and will host an international symposium "Strategies of Mobilization" with Pierre Belanger (Princeton School of Design), Sarah Wilson (Courtault Institute), Anthony Gardner (Oxford, Ruskin School of Art) and other international intellectuals as guest speakers.

The Biennial's performance platform will take place in another constructivist masterpiece—a former Ural Worker Printing House—and will consist of a promenade-theater, a dance performance and a special poetic concert specifically designed for the site and the occasion. It will draw upon the region's performing arts cluster, including the drama school of Nikolay Kolyada and the world-famous contemporary dance companies.

If you would like to visit the 3rd Ural Industrial Biennial of Contemporary Art, you can contact us at uralncca@gmail.com.

Ekaterinburg and 10 other cities of the Ural region.
Russia