Document / Metaphor. The exhibition will present three blocks of artist's oeuvre, each including clearly emphasized artistic and conceptual dominants of the time. 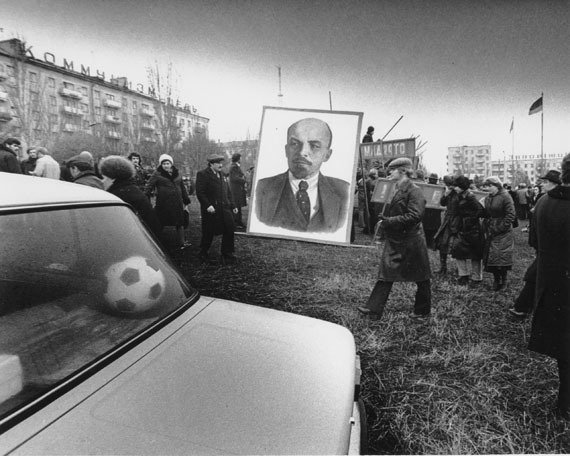 The Lumiere Bothers Center for Photography is pleased to present an exhibition Document / Metaphor featuring photographs by Vladimir Filonov, created from the late 1970s till 1990s. The exhibition will be held in the White Hall from 16 September till 11 October as a part of the long-term project Anthology of Russian Photography of the XX century. Photo 80-90.

Vladimir Filonov`s photography is a complex combination of poetics and analysis. Whatever artistic techniques, styles and traditions (from direct documentary photography to fantastic photo collages) the photographer uses, his visual language remains utterly metaphoric. Filonov’s personal artistic story is in a remarkable way consonant to photographic trends of the late XX century, to its three consecutive decades. The exhibition will present three blocks of artist’s oeuvre, each including clearly emphasized artistic and conceptual dominants of the time. The photographer`s ability to recognize and actualize these trends, while maintaining his own creative individuality, makes it especially interesting to research and present Filonov`s photography in the frame of our major project Photo 80-90.

Like many other photographers in the Soviet Union, Filonov was trained as an engineer and not as a professional photographer, but he was a member of city photo club. In the late ’60s, when Filonov joined photo club in Zaporozhye, club movement was thriving all over the country, experiencing an incredible rise. Having started with documentary photography, Filonov was trying not only to catch the “decisive moment”, but to state it`s essence with specific visual means. This strategy resulted in using wide-angle lenses, photomontage, solarization, toning and many other instruments of manipulation used in the darkroom. On the one hand, it was an attempt to abandon "normative poetics" of the official reporting in favour of "alchemical" artistry. While on the other, it made it possible for an engineer to construct photographic images. This “attempt” was by all means successful: in less than ten years Filonov acquires the status of master of art photography, accompanied by numerous awards and exhibitions around the world.

But by the end of the ‘70s - early ‘80s Filonov retires from his “hand-made” photography – emphasized graphics, laconic composition, experiments with montage. The period sees photographer’s growing interest to direct photography, documentary research, with this new photography still possessing complex internal meanings. From 1982 till 1989 Filonov travels a lot around Russia, shooting social reportage, obviously without any possibility for official publishing: series Reminiscence of Russian backwoods and On the roads of Russia. Also from the late ‘70s Vladimir captures demonstrations, meetings and other “soviet celebrations”. His series Visual propaganda and Demonstrations have become a good example of how the photographer works with visual metaphors found in everyday life, enriching attributes of propaganda with symbolic meaning.

During Perestroika new type of photography and photojournalism gets increasing attention, both in Russian and foreign press. In 1991 Filonov breaks up with amateur photography and personal “art-doc” projects and starts to work on regular basis for newspapers and magazines. His work made in the 90s, for example, for Moscow Magazine or The Moscow Times, is a great example of delicate, profound, but at the same time very fast end expressive photojournalism, where art photographer’s eye is easily recognized.