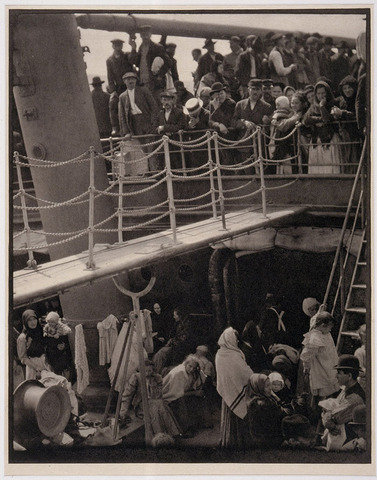 These four works explore some of the themes and obsessions of interest to contemporary Argentinian video artists. Their subjects include cinema and its narrative codes, the integrity of film and television in translation, behavioral standards on social media, and the construction of images.

Operating in very different registers, methods, and aesthetics, each subverts cinematic codes to disorient viewers. Fabio Kacero abandons the classical narrative tradition by presenting a nonlinear representation of time. Juan Renau upsets the assumptions of intimacy and privacy that govern our use of social networks by making his online actions public. While these artists work within an amateur aesthetic, Sebastian Diaz Morales employs highly sophisticated cinematic techniques that explode our perception of a scene; his slick production values are reminiscent of television ads or science-fiction films. Meanwhile, Leticia Obeid severs the connection between iconic television characters and their voices in a series of interviews with Spanish-language voice actors.

Together, these works encourage new ways of seeing in our media-saturated world.

In a country where 70% of the population was illiterate, photographic propaganda often was more valuable than newspaper editorials. Lenin himself declared that the camera, as much as the gun, was an important weapon in “class struggle.” Recognizing that images had the power to transform society, Lenin put photography at the service of the Revolution — thereby serving as a historical demonstration of how artistic and political ambitions can coalesce and fortify one another. The Power of Pictures will illustrate that this work encompassed a much wider range of artistic styles and thematic content than previously recognized.

The exhibition makes clear that the artists who comprised the group Oktober, led by Alexander Rodchenko and Boris Ignatovich, and the photojournalists associated with the Russian Association of Proletarian Photographers (ROPF), such as Arkady Shaikhet and Georgi Zelma, were significantly influenced by avant-garde esthetics and by film in particular. The goal of Oktober was to create images that would force the viewer to see society in a new way, whereas ROPF — which included the majority of prominent Jewish photojournalists — championed a coherent and comprehensive documentation of reality.

In an intimate screening room within the exhibition galleries, films by major directors of the era, including the seminal Sergei Eisenstein film Battleship Potemkin, will be shown. Despite Eisenstein's relative fame, many of these filmmakers have been overlooked or excised from the history of the medium. More than a dozen films will be screened in their entirety on daily rotations throughout the run of the exhibition.

In addition to a stunning collection of photographic and cinematic works, The Power of Pictures features a rich array of film posters and vintage books that employ radical graphic styles with extreme color, dynamic geometric designs, and innovative collages and photomontages. Also presented are examples of periodicals in which major photographic works were published.

“Marilyn was a myth,” wrote the journalist Max Lerner in 1962. “And Liz is a legend.” Andy Warhol’s iconic portraits of Marilyn Monroe and Elizabeth Taylor reflect this sentiment. Elizabeth and Marilyn enthralled him: they were beauty, success, and fame personified.

In the 1960s, the cultural power of these two screen goddesses was immeasurable. Fans, including Andy, fixated on their lives. He was, as always, drawn to the dark side of celebrity, interested not only in their screen triumphs, but also their troubled marriages, illness, and the rumors that filled the gossip magazines. As he once said, “Everybody needs a fantasy.”

While their families and love affairs were widely reported on, Monroe and Taylor managed to preserve personal lives separate from their public personas. Thus, the conversion of both women to Judaism remained private. Marilyn chose to become Jewish upon her marriage in 1956 to the playwright Arthur Miller, himself a Jew. She took the decision seriously, studying Judaic texts with the Miller family’s rabbi, Robert. E. Goldburg. Liz developed a spiritual and emotional connection to Judaism after the 1958 death in a plane crash of her producer husband, Mike Todd (born Avrom Hirsch Goldbogen). She converted the following year, and was a passionate supporter of Israel and Jewish philanthropies throughout her life.

Becoming Jewish: Warhol’s Liz and Marilyn explores Andy Warhol’s fascination with Marilyn Monroe and Elizabeth Taylor, and the tabloid world they embodied. His epochal paintings of the actresses in the 1960s coincided with the end of the Golden Age of Hollywood and an upsurge in consumer culture. Jewish consciousness and openly Jewish celebrity were also on the rise. The fact that Hollywood’s blonde bombshell and violet-eyed siren were both converted Jews was significant: it signaled a growing popular acceptance of Jewish public figures. Warhol’s portraits, both photographically familiar and disturbingly abstracted, explore the complex, manufactured nature of identity. His images cemented their status as the most glamorous women of their era, the twentieth century’s great myth and legend.

As the inaugural episode of The Television Project, Picturing a People looks at sociologically or politically important programming with significant artistic merit in terms of writing, directing, performing, and production.

Examples include writer and actress Gertrude Berg’s The Goldbergs, a popular comedy-drama based on the home life of a Jewish family in the Bronx, and ABC News' coverage of the Eichmann Trial, among others. The Goldbergs originally ran on radio, then aired on television between 1949 and 1956 and addressed serious contemporary issues that impacted Jewish families. The televising of the Eichmann Trial offered American and international audiences stark details of the atrocities of the Holocaust and provided an unfiltered look at a prominent and powerful Nazi war criminal who claimed he was "only taking orders."

With a similar mix of ephemera and video compilations, future installations of The Television Project will use television programming to consider the representation of Jews in comedy, anti-Semitism, Jews and the advertising revolution, and Jewish masculinity and femininity.

Alfred Stieglitz's The Steerage demonstrates the artist's ceaseless promotion of the image, from its reproduction in Camera Work, Stieglitz’s high-minded art journal, to popular magazines such as Vanity Fair. The exhibition will also feature Stieglitz's own account of its creation, in which he recalls:

How I hated the atmosphere of the first class on that ship. One couldn’t escape the nouveaux riches. I had to get away from that company. As I came to the end of the [deck] I stood alone, looking down. The whole scene fascinated me. I longed to escape from my surroundings and join those people. I saw a picture of shapes and underlying that the feeling I had about life. Should I try to put down this seemingly new vision that held me - people, the common people, the feeling of ship and ocean and sky and the feeling of release that I was away from the mob called the rich? Here would be a picture based on related shapes and on the deepest human feeling, a step in my own evolution, a spontaneous discovery.

The exhibition further explores the discrepancy in experience between those, like Stieglitz, traveling in first-class, and those in steerage. An exact model of the Kaiser Wilhelm II demonstrates the sheer scale of this impressive ocean liner, while vintage postcards depict the lavish interiors of its first-class cabins. By contrast, Edward A. Steiner’s On the Trail of the Immigrant, published in 1906, provides an unsparing account of the wretched steerage conditions aboard the same ship.

Despite the fact that The Steerage shows people leaving, not coming to, the United States, by the mid-twentieth century The Steerage came to be viewed as the quintessential image of immigrants en route to America. The image resonates on a personal level, especially with Jewish Americans, who often mistake one of the figures in the foreground for a Jewish man mid-prayer (at a quick glance, the striped cloth looks like a tallit, or prayer shawl). Perhaps for this reason above all, The Steerage has become the textbook image for Jewish immigration (it even appears on the cover of The Columbia History of Jews & Judaism in America, published in 2008).

Two related artworks from the Jewish Museum’s collection are also included in this exhibition: Arnold Newman’s 1944 double portrait of Stieglitz and the artist Georgia O’Keeffe (whom he married in 1924), and Vik Muniz's contemporary rendition of The Steerage, which he recreated in chocolate sauce in 2000.