Welcome to the Jungle

The thematic group exhibition at KW takes the song's title as an occasion for gathering Berlin-based and international artist positions that engage with fictions of such alternative places - in all their ambivalence. 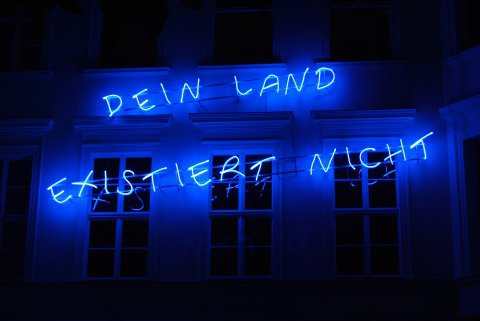 In the mid-1980s, the rock band Guns N' Roses dedicated a song to the jungle that has since become iconic: WELCOME TO THE JUNGLE (1987) stages the seductive abyss of life in a big city. On the one hand sex, drugs, and violence guarantee an intensified version of life, more than everyday experiences can offer, but on the other they also have a highly destructive potential.

The thematic group exhibition at KW takes the song's title as an occasion for gathering Berlin-based and international artist positions that engage with fictions of such alternative places – in all their ambivalence. The concrete forms of such and their qualities evolve from differences between our realities of life, or react to the decisions we continuously make about how, where, and with whom we would like to live.

The jungle is a symptom which incorporates a common absence, our desires, but also our fears, that is out of our control.

It is the phantasm of a lost paradise; where life runs wild, where everything looks, sounds, smells, and tastes more intensely. Where nature dictates human rhythm, where people are thrown back to relying on their bodies and instincts, but are also liberated from the burden of leadership. The jungle is for becoming, not being – its stands in contrast to normalcy both in its positive and its negative. It is not fixed to any particular form and can be found in a tropical landscape, in the desert, around the corner, or in your own bed.

The works in the exhibition focus on things that would not be visible or perceptible under "normal" conditions, and which reveal the world of our ideas and our self-perceptions through visions of the "other" ex negativo.

WELCOME TO THE JUNGLE is KW's contribution to STADT/BILD (IMAGE OF A CITY), a collaboration between Berlinische Galerie, Deutsche Bank KunstHalle, KW Institute for Contemporary Art, and Nationalgalerie – Staatliche Museen zu Berlin. The autumn of 2015 marks the second collaborative project between four of Berlin's leading art institutions and will present a total of four thematically related and coinciding exhibitions.

The accompanying film program is curated by Filipa Ramos: