Bucharest Art Week 2015. An event under the concept of Milan Kundera's book comes as a natural step for analysis, in conjunction with a pre-existing socio-political reality. 7 days of multi-site events and artistic manifestations with free entrance, in various cultural spaces of the capital. 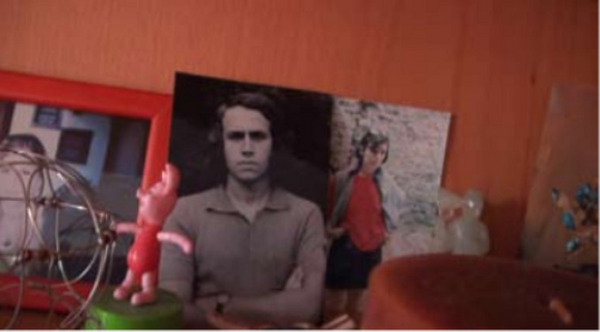 Artistically the most effervescent city in Romania, Bucharest has earned in the last few years a well-deserved place among the cities from Central and Eastern Europe that have a very active cultural scene. The opening of galleries, cultural centers and alternative spaces organized by independent artists leads to a creative emulation and turns Bucharest into a desirable city for residencies, exhibitions, conferences and exchanges.

Bucharest Art Week is one of the few major international events from Romania, designed to promote the contemporary visual art and accessible to the general public. Structured around the need of experiment, cultural exchange and dialogue between artists from European countries, especially from central and Eastern Europe, Bucharest Art Week is intended to be a mix of artistic events that could be integrated in the tradition of other European capitals as Berlin, Basel, Vienna, Budapest, Lisbon and London that have already initiated and promoted by this type of art weeks.

However, Bucharest Art Week keeps its certain differences from the abovementioned events – both at the form level (does not focus around an art fair ) and at a conceptual level (aims to become a standard of culture in transition from Central and East-European countries ).
„We intend to become one of the most visible annual artistic event from the region, but we are interested just as much in creating in Bucharest the context for work and cultural exchang, for artists from Europe and not only. With Bucharest Art Week we engage ourselves to generate new funding instruments for artistic production, residences and mobilities, simultaneously trying somehow to open links of interaction between artists, audience and institutions” – Nona Serbanescu, the initiator of BAW.

The first edition of Bucharest Art Week took place between September 26th – October 4th 2014 under the theme ” Cities , borders and attitudes” and its main focus was to facilitate the access for the general public to organizing events in unconventional venues (such as the Museul of the Fire Tower) and in public spaces. The theme was set by curator of this pilor edition and the president of the organizing association, Nona Şerbănescu.

The second edition of Bucharest Art Week will take place from the 9th until the 16th of October 2015, under the theme ”Laughter and Forgetting” based on the book written by the famous Czech writer Milan Kundera. The theme was set by our guest curator Olga Stefan ( Switzerland). Bucharest Art Week 2015 will pay homage to this essential and radical novel by adopting its themathic and artchitecture in 7 days of multi-site events and artistic manifestations with free entrance, in various cultural spaces of the capital.

”Laughter and Forgetting” is held after 25 years from the fall of the Communism and the birth of new societies in Central and Eastern Europe. Therefore, an art week under the concept of Milan Kundera’s book comes as a natural step for analysis, in conjunction with a pre-existing socio-political reality.