The Thought Style Meets the Thought Collective. Combining works from the 1990s with new production this exhibition explores the way groups develop their ideas in cohesion and tension with the individual. 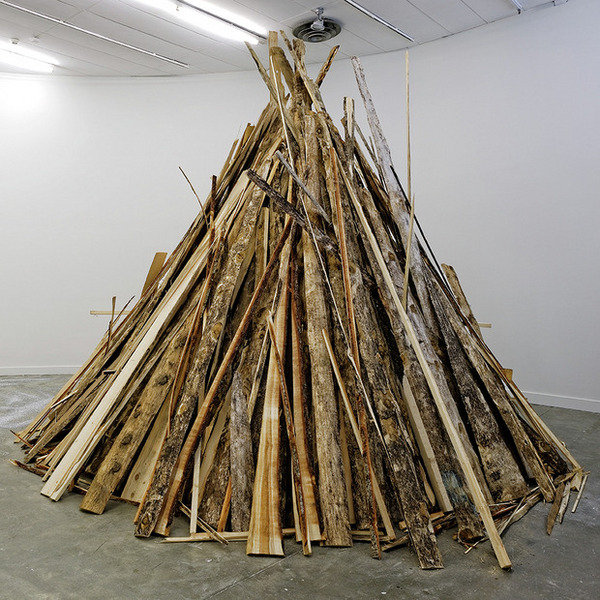 Maureen Paley is pleased to present the second solo exhibition at the gallery by Liam Gillick. The exhibition will also be the occasion of the launch of the new monograph, From nineteen ninety A to nineteen ninety D published by JRP|Ringier.

“A truly isolated investigator is impossible (...). An isolated investigator without bias and tradition, without forces of mental society acting upon him, and without the effect of the evolution of that society, would be blind and thoughtless. Thinking is a collective activity (...). Its product is a certain picture, which is visible only to anybody who takes part in this social activity, or a thought which is also clear to the members of the collective only. What we do think and how we do see depends on the thought-collective to which we belong” – Ludwik Fleck, 1935

Combining works from the 1990s with new production this exhibition explores the way groups develop their ideas in cohesion and tension with the individual. Drawing on anthropologist Mary Douglas’s interpretations of sociologist Ludwik Fleck, Liam Gillick juxtaposes works that were produced in collective environments in the 1990s with new structures and a film produced alone. As such, the exhibition reflects on the contradictions that arise between the individual and the group in relation to the production of art.

The title of the exhibition refers to Fleck and Douglas’s investigation of the way a thought style links group members via their shared ideas, how they communicate and the methods they employ. These ideas affect the art’s subjectivity and are reflected in a series of new text works.

The exhibition comprises three rooms that are titled The Thought Style Meets The Thought Collective A, B and C respectively. In room 1, A broadcast from 1887 on the Subject of our Time – originally produced in 1996, involves a radio broadcast directed towards a utopian community. The audio content is taken from Edward Bellamy’s book Looking Backward, 1887 – which includes an account of a radio broadcast before the invention of the medium.

Also included in the exhibition is a deployment of the work, When Do We Need More Tractors? Five Plans, 1999 – where certain specific actions are outlined by the artist for others to fulfill. This work is combined with a new series of Discussion Platforms, a new neon work titled X Came to Know P, 2015 and a new film produced by the artist Margin Time 2 (The Heavenly Lagoon), 2013.