Bloodlines. Her intricate large-scale works are evidence of her labor-intensive processes; she uses a variety of mediums and techniques including painting, watercolor, drawing, collage and sculpture. 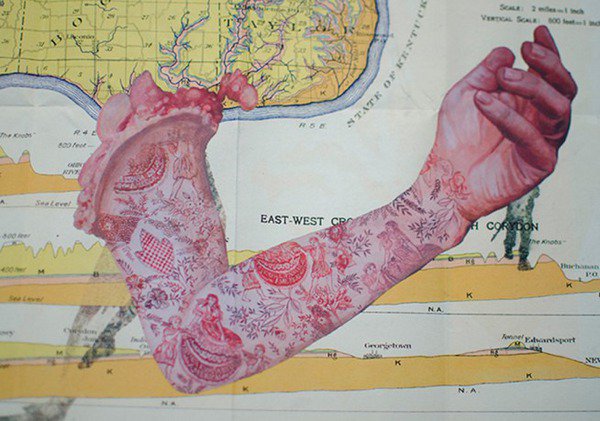 Pérez Art Museum Miami (PAMM) presents Bloodlines—an exhibition showcasing the works of Firelei Báez, whose artworks reveal individuals who move across regional, national, and racial boundaries and are influenced by a wide range of imagery from various cultures. Báez’s intricate large-scale works are evidence of her labor-intensive processes; she uses a variety of mediums and techniques including painting, watercolor, drawing, collage and sculpture. Her work evokes both the beauty and political implications of decorative elements and body ornaments such as hairstyles, fashion, textiles and tattoos, which she employs as a means to celebrate cultural prowess and as a way to assign previously disenfranchised individuals political agency and authority. Encouraging new ways of being in the present and the future, Báez depicts radical, fluid figures and sites that offer alternative realities to those whose cultural identities have remained traditionally absent from dominant culture.

Bloodlines celebrates Báez’s versatility, presenting a diverse body of work as well as her painterly investigations of the tignon—a headdress that 18th-century women of color in the Americas were required to wear by law. This exhibition includes a new series of works inspired by the aesthetics of North Indian royal fabrics combined with a fist motif—a symbol of power in both the United States and the Caribbean. In Bloodlines, Báez elevates her figures to almost royal status, evoking overlapping histories that speak to both the multiplicity and power of cultural lineage.

This exhibition is accompanied by an illustrated, bilingual catalogue in English and Spanish, featuring an essay by the curator, María Elena Ortiz, a story by Roxane Gay, and a conversation between the artist and Naima J. Keith, associate curator at The Studio Museum in Harlem.

Image: Man Without a Country (aka anthropophagist wading in the Artibonite River) (detail), 2012