We will begin by drawing, we shall continue to draw,

and then we shall draw some more. It is undoubtedly the variety of approaches to drawing that are most clearly evident in this exhibition, ranging from figurative to abstract explorations of the formal and aesthetic properties offered by the medium. 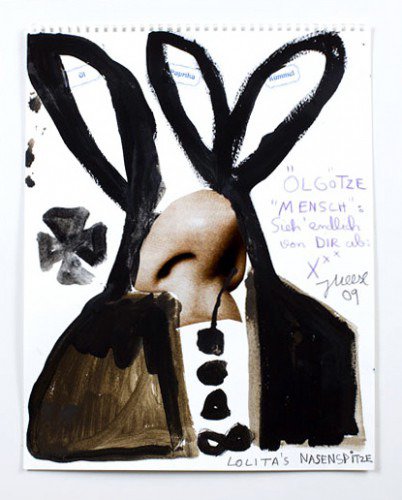 At the Académie française Ingres famously described his curriculum as, 'We will begin by drawing, we shall continue to draw, and then we shall draw some more'. It is undoubtedly the variety and breadth of approaches to drawing that are most clearly evident in this exhibition, ranging from figurative drawing to abstract explorations of the formal and aesthetic properties offered by the medium.

Gust. De Smet (b. 1877 – 1943) created work in a rigorous and distant form language. His collage-like compositions with schematized figures recall the work of the French artist Fernand Léger. His work is included in museum collections such as MSK, Ghent; KMSK, Brussels.

Long considered a marginal eccentric, beloved on a need-to-know basis, James Ensor (b. 1860- ✝ 1949) significantly influenced generations of later artists. To this day, Ensor's art continues to baffle in its psychological complexity, internal contradictions, and sheer eccentricity. His work is included in major museum collections such as MoMA, NY; J. Paul Getty Museum, LA; The Metropolitan Museum of Art, NY.

Since the early 1960s, the New Zealand artist Susan Te Kahurangi King (b. 1951) has been reworking cartoon characters like a rogue animator, abstracting and disassembling them in surreal landscapes. 'There is no distance between the artist and her drawings—they constitute direct and unmediated expression', according to Gary Panter.

Edward Lipski (b. 1966) states 'Iʼm interested in the space between something you understand and something that is also abstract. This confusion creates a particular intensity.' His work moves between these two poles; the distance between extremes is blurred, until we find ourselves immersed in a seductive visual chaos. Selected exhibitions: at MDD, Deurle; Alan Koppel Gallery, Chicago; The Approach, London; Museum het Domein, Sittard; group shows at La Maison Rouge, Paris; Mudam, Luxembourg; M HKA, Antwerp; MARTa Herford; S.M.A.K., Ghent.

Exploring themes as revolution and the power of art, Jonathan Meese’s (b. 1970, Tokyo; lives and works in Berlin and Hamburg) installations, paintings, sculptures, and performances emerge from the “Dictatorship of Art.” Apparently effortlessly, he has developed in all genres an independent and at the same time unique vocabulary that gives his work a variety, visual energy and quality which, according to Robert Fleck, has been unheard of since Picasso. Solo shows at Gem, The Hague; CAC Málaga; MOCA Miami; de Appel, Amsterdam; group shows at the Guggenheim Museum, NY; MARTa Herford; Centre Pompidou, Paris; Saatchi Gallery, London; and MoMA PS1, NY.

Francis Picabia (b. 1879 – 1953) was a French avant-garde artist. He was one of the early major figures of the Dada movement in the United States and in France. In 1915 Picabia traveled to New York, where he, Duchamp, and Man Ray began to develop what became known as an American version of Dada. The drawings 'Drill Bit' and 'Drill Head' are typical of his Dadaist phase; their association of mechanistic forms with sexual allusions were successfully shocking satires of bourgeois values. His work is included in museum collections such as Guggenheim, NY; MoMA, NY; Tate Modern, London.

Ed Templeton (b. 1972) spent his youth in a world of skateboarding and punk music. He describes his drawings, photos and paintings by means of anecdotes and feelings that give a new, more profound interpretation to the images. Solo shows at S.M.A.K., Ghent; Palais de Tokyo, Paris; group shows at Museo de Reina Sofia, Madrid, Museum Het Domein, and La Triennale di Milano.