La valse des Pantins - Acte II. Unfolding over several months, in different places and in different shapes and forms - group and solo exhibitions, screenings, performances, encounters - the project will be rounded off with a major catalogue. 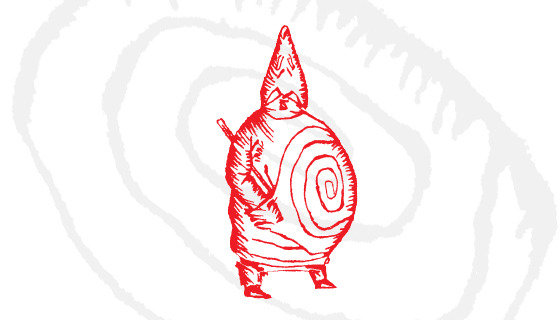 All most people remember of Jarry is the King Ubu furore, which overshadows a complex body of work marked by radical experimentation and an unmannerly blending of genres. In bringing together a remarkable group of one-of-a-kind international artists, « Alfred Jarry Archipelago » demonstrates that an entire register of current art and performance is shot through with potent, "Jarryesque" transgression.

In his poetry, plays and drawings Alfred Jarry (1873-1907) shattered the boundaries of the social, moral and aesthetic order of the late 19th century. Like a thunderclap, his King Ubu’s famed "Shitr !" paved the way for for the modernity that was waiting in the wings: from Marcel Duchamp to Harald Szeemann, and including the Futurists, the Surrealists, the Conceptuals and all the many others indebted to this "proto-Dadaist".

Between the turn of one century and that of its successor Jarry’s work and ideas seem to have breathed new life into society and art. The abolition of limits – to disciplines, identity, good sense, good taste – that he explored in his life and his work, led him to a totally new approach to drama, the body and language ; as well as issues of domination, whether related to desire, knowledge or power. Homing in a selection of Jarryesque motifs, Alfred Jarry Archipelago sets out to pinpoint their reappearance in the visual arts, on the cusp of theatre, dance and literature.

In his celebrated ‘pataphysical manifesto Exploits and Opinions of Dr Faustroll, Pataphysician’ Jarry describes an initiatory island-hopping voyage that abolishes factual geography in favour of its artistic equivalent. Each chapter of Book 3 recounts a landfall on an imaginary island dedicated to a writer or artist of the time. If he were sailing through today’s world, what kind of landscape of the last century would Jarry orchestrate ?

In the same spirit Alfred Jarry Archipelago invites him along as a posthumous curator: for a string of islands embodying the works of various artists and sketching an uncompromisingly subjective view of his heritage. Unfolding over several months, in different places and in different shapes and forms – group and solo exhibitions, screenings, performances, encounters – the project will be rounded off with a major catalogue.