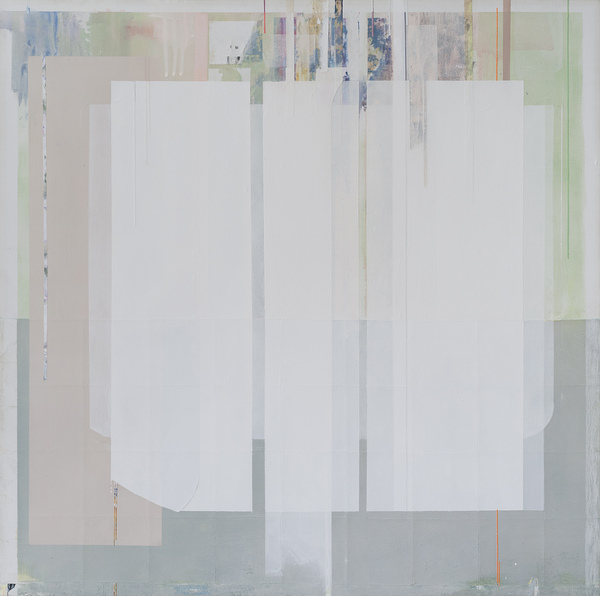 ABC-ARTE, in partnership with MARYLING, continues the series of exhibitions by young and emerging contemporary artists in the multi-purpose space, Piazza Gae Aulenti 1 inaugurated in July.

The third planned exhibition, proposed by ABC-ARTE and organised by Ivan Quaroni, will open on Wednesday October 28th: Sight Unseen by the artist Viviana Valla will be open until November 20th 2015.

The artist and the exhibition’s catalogue will be introduced at the vernissage.

Viviana Valla’s artistic research is based on perception without doubt. The time of fruition is rather important in Viviana Valla’s work. Her works are not immediately comprehensible, because they are based on a complex stratification mechanism.
This is a glazing process, and here colours, signs and shapes, are assembled together with the collage of tissues, post-it, tapes, print-cuts covered by layers of liquid acrylics.
Time becomes an useful tool to avoid easy conclusions and it helps reading the work in the same way we would read any image. It is a combination of more or less organised shapes on a surface.

In Viviana Valla’s work is present an invisible morphology, which is an essential part of the image. All we do not see, such as the pictorial adjustments and the collage erased by the artist during the stratification process, is not only the skeleton of her work, but is also its own raison d'être.

On that research, the plan and realisation of artistic elements in Viviana Valla’s research are structured through an apparently analytical and minimal system which, actually, hides an intuitive and emotional origin.

The title of the exhibition, Sight Unseen, refers to the leitmotiv recently investigated by the artist, the dualism between accumulation and exclusion, stratification and concealing. The paintings do look like a closed box. Their seal is generally a white shape, which hides a relevant part of the surface and, at the same time, it seals the lower pictorial layers.

This abstract way of painting shows all the properties belonging to an ambiguous language, full of clues and omissions. After all, the enigma of Viviana Valla’s paintings can only find its solutions through the attentive eye of the observer or, even better, through his ability to understand the meaning of shape itself, the sense of sensitive substance.