A Room inside a room. Lopez operates on a plane wavering between architecture and drawing, teasing the line between two and three-dimensional realms. A multitude of diverse representations are engaged, the works on paper are ever-evolving rearranged. 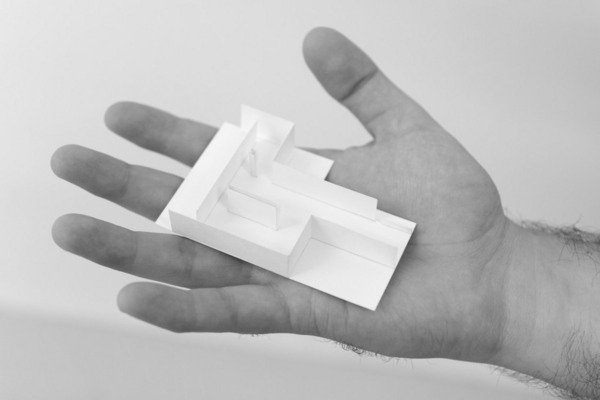 Casey Kaplan is pleased to present Mateo López’s A Room inside a room, the artist’s first solo exhibition in New York. A draughtsman by nature, López operates on a plane wavering between architecture and drawing, teasing the line between two and three-dimensional realms. Commencing his career as an architect in his hometown of Bogotá, Colombia, López began his understanding of drawing through blueprints, in which the physicality of the line was synonymous to a wall or a tree. Curious about the development of manmade construction and its symbiotic relationship to the natural world, López soon immersed himself in research considering the strength and limitations of mark-making through notions of progress and advancement in a country plagued by fragile social issues and a complex geographic locale. Taking the title of the exhibition as his point of departure, López communicates a fluidity that exists within parallel spaces – whether between the “rooms” of the gallery that change state and his studio, or his home in Colombia versus his new surroundings in New York – through works on paper, sculpture and animation, López draws the connecting line.

When entering López’s studio in New York, one is greeted by a poster of Bruno Munari’s, Seeking Comfort In An Uncomfortable Chair (Italy, 1944); a visual comedy that illustrated a dialogue concerning aesthetic and function. Installed in the entryway of the gallery space rests R/e/a/d/i/n/g Positions (After Bruno Munari) (2015), a platform with twelve handmade, book-like structures sliced and arranged in varying states and postures. In their more jointed states, the books bring to mind the various ways in which the body can contort to find comfort while reading, writing or sketching. Objet trouvés weave in and out of the books, providing these structures a greater sense of object-hood as the inclusion of a mango turns a book into a platform, a shelf or ledge to lean on, in effect offering a degree of alternative functionality. This bending of reality is again reflected in the minimally designed Poeta Writing Desk (2015) and Draughtsman Chair (2015), both made of locally sourced white oak, their purity of functionless form only to be absolved by the person who sits over the table at a 30 degree angle, deep in thought and consumed by his discipline. Expanding upon the dialogue between human nature and utility, López has additionally stacked one desk on top of another in Tables on top of each other (2015), each structure sharing the same drawer in a humorous play on the ubiquitous behaviors of the passing and sharing of knowledge and information.

In moving through the exhibition, a multitude of diverse representations are engaged, from Vertebrae (2015), a bowed paper spine, to Fuller, Beuys, Gober or somewhere between (2015), a mutated lemon/light bulb construction of paper, to Window 6pm (2015), a grid of 36 sheets of recycled paper from Colombia that vary in tone and color, mimicking the shadows casted by the windows in the studio. Subtle references allude to figures such as architect Alvaro Siza and Gertrude Stein, and gradually, the layers of narrative unravel. Old Ideas Stuck in Corners (2015), a modular reconstruction of a wall in the artist’s studio entailing numerous panels made of pine, has an interior lined with works on paper that mimic their placement on the studio walls. The physical configuration of the room is altered throughout the duration of the show and the works on paper are rearranged, mirroring the ever-evolving creative actions of the studio practice.

A suspended moment in time is never really motionless, as explored in the projection of a text-based animation, Time as Activity (2015), based on a poem written by the artist’s wife, Yanina Valdivieso. Read frame by frame as if turning a page in a book, the sentences are drafted by hand, each layer of graphite constructed and captured in a stop motion film. As one frame morphs into the next, the rhythmic poetry is driven by the speed at which the words appear and disappear; entrancing the viewer as time elapses and we are given the space for a moment of reflection.

In preparation for this show, López built a miniature model of the gallery and then photographed this paper caricature in the palm of his hand in a lighthearted gesture emphasizing the power of the handmade and how personal the craft of construction can be. López’s The Meeting (Bogotá-New York) (2015) is perhaps the most representative of this concept in practice. Two stools face one another. On one side the stool is weathered, made and used in the wood working studio in Bogotá and on the other, the same stool anew, untouched, and constructed by the wood working studio in New York; their physical differences distinguishing much more than their use value. From anecdote to line to object, López’s mind exposes us to shifting realities by way of his hands, and a reciprocal link between production and nature perseveres.