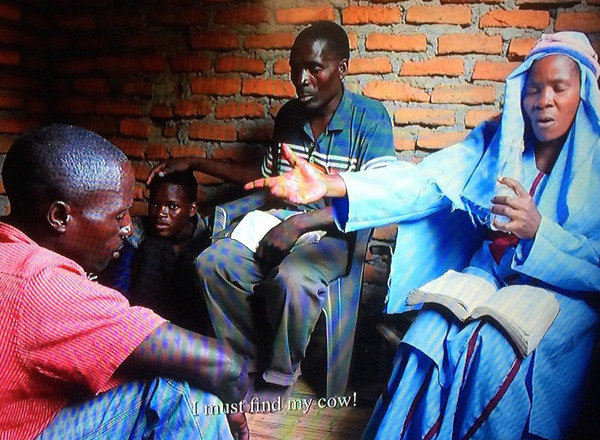 Greenpoint, one of oldest neighborhoods in Brooklyn, New York, is situated at the westernmost tip of Long Island, where Newtown Creek meets the East River. Greenpoint was an important early site of industrial manufacture, from shipbuilding — the U.S. Civil War ironclad warship The Monitor was built and launched here in 1861 — to the so-called “black arts”: glass and pottery making, printing, cast-iron production, and refining. Home to one of the first petroleum refineries, Charles Pratt’s Astral Oil Works, Greenpoint’s waterfront has long hosted a range of toxic facilities from electroplating and chemical manufacturing, to petroleum and natural-gas storage, to a huge municipal incinerator and one of New York City’s main sewage-treatment plants — many of which heedlessly polluted the neighborhood for years.

Many different European immigrant communities have made Greenpoint their home. In the 19th century, new arrivals came primarily from Ireland and Germany. Italian, Polish, and Russian immigrants arrived in the 1880s, and Puerto Ricans near the middle of the 20th century. Toward the 20th century’s end, political unrest in Poland resulted in a new wave of immigration. Other new residents have come from Central and South America, Mexico, North Africa (especially Yemen and Egypt), and South Asia—primarily India, Pakistan, and Bangladesh. The latest wave of upper-middle-class young people may, however, be arriving from anywhere in the rest of the U.S. and the developed world.

From the mid-1960s, Greenpoint, like other urban neighborhoods, suffered from so-called “white flight.” This exodus occurred even as new immigrants were arriving — many obtaining working-class jobs, including those in construction and housekeeping, and casual unskilled labor — while the long-term unemployed and underemployed remained. Greenpoint’s “urban village” insularity was abetted by its poor public transportation.
Postwar road building segmented Greenpoint, with multi-laned overhead roads and through streets for heavy trucking carving up the local areas. In subsequent decades, many small factories closed, but polluting facilities, as well as a major underground petroleum spill, remained. In the 1990s local residents banded together and got the state to undertake clean-up campaigns, but the neighborhood seemed stalled, and business in Greenpoint remained stagnant. Small shops sold clothing, shoes, sundries, electronics, and plant material, and there were a plethora of Polish and Latino delis, family restaurants, and overseas shippers — and, more recently chain drugstores and fast-food restaurants. The few entertainment facilities primarily served the Polish community.

Great changes have come to Greenpoint over the last decade. As young, upwardly mobile professionals from elite backgrounds began to move into the central cities in the US over the past few decades, the value of land shot upward. Patrician New York was intent on redeveloping Manhattan for high-end housing, for banking and real estate interests, and for tourism’s sake, forcing people seeking cheap rents to move out of the borough. Artists had been moving to Brooklyn since the mid-1970s—though only recently to Greenpoint, as housing pressures in increasingly trendy Williamsburg pushed people northward. The migratory trend into Brooklyn was seen by city fathers as very much worth promoting and accelerating, especially once it became clear that artists produced lively neighborhoods attractive to docile, well-heeled residents. One result of the onrush of development, however, is that many artists recently priced out of Williamsburg are also now priced out of Greenpoint. Even in the midst of the protracted financial crisis of recent years, development continued in both neighborhoods. Abetted by zoning-law changes, the formerly industrial waterfront has seen the rapid-fire creation of luxury high-rise housing for people with better financial prospects. As the waterfront is becoming a solid block of these towers, loft-style apartments are built on other sites, next to much smaller 19th-century walk-ups and rowhouses.

By now in 2015, the rapid transformation of the local business ecology is visible in the changing face of its storefronts. Small neighborhood stores designed in older styles are supplanted by a new model, a new International Style, different from the one centered on notable buildings and grand urban-redevelopment plans that transformed cities in the 20th century.

Immigrants moving to cities, both from the countryside and from outside national borders, have typically opened small businesses, often as a multi-generational family enterprise, with members willing to devote long hours and days to keeping the business afloat. Such families often harbor hopes that their children can gain an education and achieve middle-class, preferably professional, status. The new development process, sanctioned by local and national governments, relies on the idea of “creative class”-led reclamation of low-rent or decaying neighborhoods for business and social elites. Now no longer primarily driven by the arrival of relatively poor immigrants from abroad, migration and development in the present moment bring about a net decline in the diversity of neighborhoods such as these. This phenomenon is apparent in the new stores on local shopping streets, a trend that has been observed in cities from New York to Shanghai, from Tokyo to Toronto, and from Amsterdam to Berlin.

These photographs depict storefront businesses exemplifying these different moments of neighborhood change. Unlike previous waves of newcomers who rebuilt or transformed the neighborhood with their own hands and in their own image, today’s well-off young Americans, often moving from suburbs around the country, have little distinctive culture to bring. Commonly they situate new businesses in the shell of what went before, gesturing toward a fetishized urban past, with its vaunted “grittiness” that retreats as they advance. These stores draw upon a small repertoire of design elements: self-effacing façades and slap-dash coverups of previous signage—or old signs simply left in place—matte black paint on the exteriors, modest lettering, twee names, and a standing chalkboard sign out front. Inside, the spare décor may be taken to reflect the world picture of those for whom social relations are enacted or cemented by virtual means and material possessions recede in importance as signs of status.
As corner groceries, pizza places, family restaurants, variety stores selling sundries, local pharmacies, stores selling hardware or auto parts, jewelry or stockings, are replaced by bars and coffee shops likely to generate more revenue and support greatly increased rents, the opportunities for newcomers to try to ascend the social and economic ladder by operating small neighborhood businesses are greatly diminished, and diversity is dramatically decreased. The rise of ubiquitous global chains selling luxury goods and mid-level brands is mirrored on the local level by a different sort of homogeneity.

With his latest work “Reason’s Oxymoron” that premiered at the current Lyon Biennial, Kader Attia created an expansive video library containing interviews with philosophers, ethnologists, historians, psychiatrists, psychoanalysts, musicologists, patients, healers, fetishists, and griots. Its volumes are edited following different themes like „Genocide”, “Totem and Fetish”, “Reason and Politics“ or „Trance“. Each indiviudally and also as a whole they make up an essay on the psychiatric pathology as it is perceived in traditional Non-Western cultures, on the one hand, and in modern Western societies, on the other. In its mix of rational explanations and irrational representations of what the West calls psychiatry, the work is particularly concerned with the question of the unrepairable, inherent in the idea of “repair”, and it calls into question the ambivalence of the psyche of modern Western societies towards traditional Non-Western societies.

The presentation at Galerie Nagel Draxler takes place in the charged environment of an old Berlin apartment located at Rosa-Luxemburg Platz. Its inhabitants have moved out and have left their traces. The old wall papers for instance seem to stem from the 1970s or 80s, while the dark red wooden floor is an original feature from 1928/29, when this Pölzig housing project was built. These traces form their own “ethnological” background for the projections from Attia’s library, pointing not only to reason’s oxymoron but also to history’s oxymoron and the ambivalent nature of historical progress that can be regarded as a process of injury and repair leaving its traces in social psychopathology.