An international festival of arts in the city of Bombay. In its first iteration, this year the festival occupies Osianama at Liberty Cinema (Liberty Taken), Clark House and Sir JJ School of Art, and different private and public spaces of the city, through ephemeral and unexpected situations and micro-events. 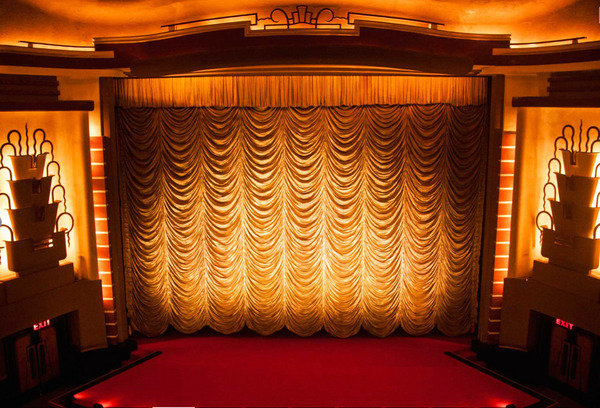 Liberty Taken takes place in different spaces of Bombay. In its first iteration, this year the festival occupies Osianama at Liberty Cinema (Liberty Taken), Clark House and Sir JJ School of Art (Liberty Taken Apart), and different private and public spaces of the city, through ephemeral and unexpected situations and micro-events (Liberty Taken by Surprise).

Liberty:
The unwrapping of the title to different ends is the conceptual paradigm of the festival. Many connotations of the title may be immediately possible: as a pun, ‘Liberty Taken’ suggests playful subversion, to ‘take liberties’ with conventions, with history and ideas. But we may also consider Liberty as the cinema’s creator first intended, built in 1947 as a self-avowedly ‘post-colonial’ building, ringing in the future. At the other spectrum of the political gaze (gazing back to 1947), exploitation only changed hands, caste and imperialism persist, so Liberty (Cinema) is also taken just by occupying the physical space of the cinema, and echoes various anti-Capitalist occupy movements. Art historically, Art Deco overtook the Liberty style, as Art Deco followed on the Art Nouveau or Liberty style.

Today’s Osianama at Liberty, was till recently called Liberty Cinema. Its construction dates from 1947, the year of Indian Independence, and was completed in 1949. Interestingly, Liberty Cinema was the first cinema in Mumbai to screen only Hindi productions. This Art Deco masterpiece is the result of an interesting hybridisation between the original project of British architect Ridey Abbott (who died in a plane crash during the construction of the building) and Indian architect JB Fernandes, who introduced some vernacular motifs. The cinema stands as a sort of ‘gesamtkunstwerk’ that comprises the entire building: the entrance, red carpet staircase with large mirrors, the main cinema hall, across two levels - upper and lower seats, the projectionist box, with details like vitrines, a shimmering snack-bar, a soda fountain, graphic announcement boards with wooden letters to describe the programs, and a horizontal dazzle of lights of the marquee to announce the program each day.

Despite the crisis that affected many old cinemas after the introduction of the multiplex, the building has been kept in perfect condition by the Hoosein family who founded it. Liberty Cinema now stands as a unique example of the history of cinema in Mumbai. Since September 2015, Liberty Cinema went through another major avatar becoming Osianama at Liberty, a critical step in India’s arts and cultural infrastructure. The cinema is being renovated to bring many more alternative voices, and new modes of sharing diverse cultural narratives. It is in the end, also a dialogue with the possibilities of cultural institutions in India. Liberty Taken takes place at Osianama at Liberty, a living museum for moving images and cinema, that seeks to reinvigorate cinema by revisiting its varied histories and supporting programs that expand its context.

Expanding the idea of cinema to other forms of projection, from the ancient art of memory to early modern education, wildlife exhibition design to life-size architectural experiments, reading to forecasting, this site specific programme of Aurélien Froment’s work will bring together a great number of vignettes – partly films, partly intervals between films – playing with our expectations when facing the screen. Aurélien Froment extends his occupation of Liberty Cinema, which was conceived as a solo project of various screenings into a multi-screening program, includes other artists and a retrospective he curates of the Chilean film-maker Raoul Ruiz. Froment worked in a cinema as a projectionist for more than a decade, and he explores the cinema theatre within the history of exhibition making. Aurelien Mole at the Sir JJ School of Art in conversation with the students of the Sculpture and Printmaking department begins to dwell on the dilemma between craft and the conceptual, and their associations with the idea of the object through the model of a workshop, that then culminates in a solo project at Clark House and the Sir JJ School of Art, which is a group exhibition in its essence and contribution. Both artists reflect the ideology of collaboration and its element in Clark House’s exhibition history and constitution as an idea of Liberty.

It is a Clark House project in association with the Institut Français, Osianama at Liberty, Sir JJ School of Art, & Stedelijk Museum Bureau Amsterdam. Supported by the Kadist Art Foundation, Paris.

The Project is a collaboration where Osianama at Liberty opens its space to interventions that are demonstrative towards engaging a young audience of artists and students towards cinema, creating a critical enagagement between cinema and the visual arts.

Sir JJ School of Art, notably the Printmaking and Sculpture departments enter into dialogue with the artist Aurelien Mole and their students on conceptual sculptural practices.

The publication is supported by the Stedelijk Museum Bureau Amsterdam as part of the Kamrado project, which travels to the city and further on to the India Art Fair in 2016.
Kadist Art Foundation, Paris is the author with Clark House of the exhibition format, structured on artist travel.

Insitut Français is the primary sponsor and facilitator of the project.
Clark House Initiative is a curatorial collaborative and a union of artists concerned with ideas of freedom. It was established in 2010 by Zasha Colah and Sumesh Sharma in Bombay. Strategies of equality inform their work, while experiments in re-reading of histories, and concerns of representation and visibility, are ways to imagine alternative economies and freedom.