Collection'15 is an opportunity to (re)discover recent acquisitions and to consider them from a new perspective. "Tomorrow in the Battle Think on Me" gathers together work by French and international artists. 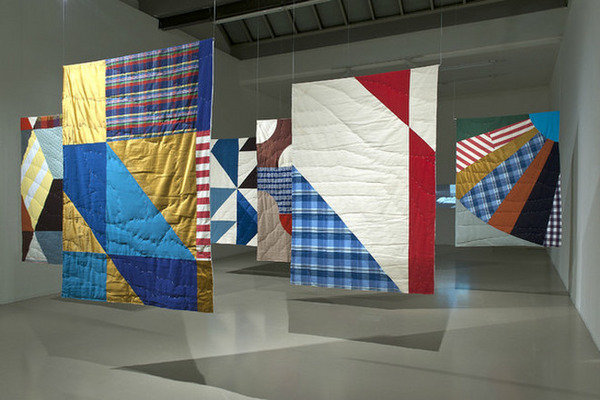 Since 2008, the Institut d'art contemporain has regularly proposed a renewed point of view on its own collection.

Collection'15 is an opportunity to (re)discover recent acquisitions and to consider them from a new perspective. Associating different generations of artists, the exhibition is a testament to the IAC's longstanding support for French and international artistic creation. Initiated more than 30 years ago, and bringing together more than 1,700 works of art, the mandate of the IAC collection is to make itself available on a local level in the Rhône Alpes region, and indeed on a national and international level. The articulation between creation and collection is essential to understanding the policy of enrichment that the IAC continues to employ with regard to its collection. This presentation of oeuvres plays on different types of spaces and temporalities. Calling upon the memory of spaces that hosted certain pieces during monographic or collective exhibitions, it invites us to reconsider the question of memory and the archive. The presence, for the very first time, of La Boîte UNTEL (1975–2013) by the eponymous group reminds us humorously of the fundamental dimension of the constitution of a collection. The recent edition of this box compiles a material documentation of actions led by the ephemeral collective between 1975 and 1980.

To exhibit a collection is not only to accomplish a task of archiving and selection in accumulation, but also to provoke encounters and dialogues between artworks. The frictions produced are as many invitations to reevaluate one's own perception through the reconfiguration of new paths.

Otium #2*
Tomorrow in the Battle Think on Me

*The Institute, having placed research at the heart of its activities since its creation, presents itself at certain moments as a place of Otium: an intermediary lapse of time for experimentation. A time for thought, for mediation, far from everyday life, a deep breath... Following Otium #1, composed of the two parts De Mineralis, pierres de visions and Kata Tjuta, the IAC presents Tomorrow in the Battle Think on Me, which gathers together work by French and international artists.

Tomorrow in the Battle Think on Me is built in a collage of ideas, artworks and emotions, echoing the novel of the same name by Spanish writer Javier Marías (Éd. Rivages, 1996).

This exhibition is not developed around the novel's plot, but is concerned rather with its construction—most notably in the recurring appearance of the following lines, taken from Shakespeare's Richard III, here deformed and reassembled to become a ritornello, a lyrical punctuation that paces one's reading:

This anaphora underpins the exhibition, like a promise to be kept, an injunction, but also in a search for meaning, an energetic attempt, full of manifest force aiming to hold on to things, to try again and again, sometimes to the point of absurdity.

In a hypersensitive yet contained violence, a tension emerges from the exhibited works, all of them in some form of movement, of renewal, of becoming.

The Institut d'art contemporain gratefully acknowledges the support of the Ministry of Culture and Communication (DRAC Rhône-Alpes), the Rhône-Alpes Region, the City of Villeurbanne.
With the support of Mouvement, parisArt, Aprime Act, Cinéparts.