When the Heart Goes Bing Bam Boom. The exhibition brings together works produced through various media, including video, photography, installation, and sculpture; and includes 3 new works, thus offering an overview of Kameric's practice. 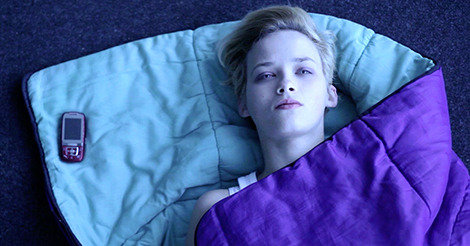 Entitled “When the Heart Goes Bing Bam Boom”, Šejla Kamerić’s first solo exhibition in Turkey presents a wide selection of the Bosnian artist’s production. Kamerić’s body of work insists that the delicate and the sublime are not pushed aside during catastrophe or hardship but that they exist simultaneously, revealing a complex, psycho-geographic landscape, and the tenacity of the human spirit. The title of the exhibition is taken from the lyrics of a punk-rock song and evokes one of the basic dilemmas of love and life: the co-existence of exhilaration and a constant sense of insecurity. Curated by Başak Doğa Temür, the exhibition brings together works produced through various media, including video, photography, installation, and sculpture; and includes three new works, thus offering an overview of Kamerić’s practice.

Kamerić’s works often involve her personal experiences and memories of the Bosnian War (1992–1995). Her iconic 2003 work “Bosnian Girl” shows a black and white photo of herself, superimposed with a graffiti that reads “NO TEETH . . .? A MUSTACHE . . .? SMEL LİKE SHİT . . .? BOSNİAN GİRL!” (sic). The original graffiti was written by a Dutch soldier from the Royal Netherlands Army troops who were a part of the UN Protection Force in Bosnia and Herzegovina during the war. Kamerić realized “Bosnian Girl” as a public project in the form of posters and billboards scattered throughout the city. The exhibition at Arter features an edition of this work from the Vehbi Koç Foundation Contemporary Art Collection.

Involving her own image is a recurrent strategy that the artist employs in many of her works. The exhibition includes several works that fall under this category such as “Basics” (2001), “Sorrow” (2005), “30 Years After” (2006); along with her new production entitled “Embarazada” (2015), where she poses as Pierrot the clown with her 9-month pregnant belly.

“When the Heart Goes Bing Bam Boom” features a significant number of Kamerić’s film and video works where the artist creates narratives in which boundaries between the past, present and future tend to dissolve. Her 2010 film “Glück” was shot in Berlin, a city that retains many traces of the Second World War. There are three protagonists in “Glück”: a younger woman, an elder woman, and the city of Berlin, with its empty streets and shut-down shops. In the film, the two women never meet, nor does Kamerić give any clue regarding a connection between them. However, the physical resemblance between them and the recurrence of the same accessories on both protagonists create a feeling of displacement and a shift in time. The city of Berlin in the background stands as a reminder of a painful past, and implies the possibility of a similar suffering taking place in the future.


One of Kamerić’s most recent projects, “Ab uno disce omnes”, commissioned by the Wellcome Collection in London, will be shown at Arter for the first time following its premiere in the 2015 exhibition “Forensics: Anatomy of Crime”. This exhaustive work revolves around the artist’s interest in the integral role of forensics in Bosnian society in the wake of the Bosnian War, and addresses the brutal legacy of the recent past. It took the artist two years of field research, including visits to mortuaries, DNA laboratories, graves, and locations of atrocities, as well as crime scenes, to initiate the project. She collaborated with regional and international institutions, the families of missing persons, and survivors of the concentration camps. “Ab uno disce omnes”, which the artist refers to as a ‘monument of data’, is made up of two parts: a video depicting the 85 hours of video footage she produced in her two-year-long research, and a web site (http://abunodisceomnes.wellcomecollection.org), which visitors can view and contribute to with relevant documents, photos, and videos. The project has been influential in terms of putting pressure on the governments that have been withholding information; as a result, lists of missing persons and mass graves were made public. Today, 20 years after the war, there is no consensus on the war narratives among the peoples of Bosnia - Herzegovina. With “Ab uno disce omnes" (this title derives from Virgil’s Aeneid, and translates as “from one, learn all”), Kamerić resets the plot by putting forward an unbiased, constantly growing, brand new “narrative”, simultaneously suggesting that any grand narrative could be deceiving.