Sous la lune / Beneath the moon

The exhibition creates a dialogue between emerging Southeast Asian artists and young French artists through both new productions and existing works by 11 authors, with a view to favouring exchanges. 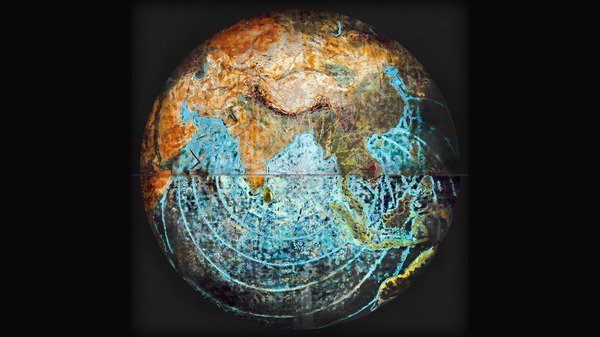 Ever faithful to its desire to spotlight the emerging scene in extramural shows, especially on the occasion of international art events such as Art Stage Singapore, Palais de Tokyo has joined with the Institute of Contemporary Arts Singapore to present in Singapore the exhibition Sous la lune / Beneath the moon.

Sous la lune / Beneath the moon thus creates a dialogue between emerging Southeast Asian artists and young French artists through both new productions and existing works, with a view to favouring exchanges about the personal creative processes of each artist in the show, while also transcending the peculiarities of their original cultural environment.

Key works in the exhibition include sculptures by Filipina artist Lou Lim that comprise literal cut-out pieces from her family home, exposing the boundary between private and public spaces, as well as an installation by French artist Marguerite Humeau that investigates mortality and eternal life through an exploration of ancient Egypt. The jarring yellow walls of the installation are infused with the yellow venom of the Black Mamba, and Humeau has re-constructed the vocal organs and voice of Cleopatra through 3D digital technology, which can be heard in the rhythmic singing above the work.

Curated by Khairuddin Hori, Deputy Director of Artistic Programming at Palais de Tokyo, the exhibition explores the mysterious, complex and multi-layered nature of aesthetic experience through immersive artworks and installations in a range of media.

Rather than try to represent respective current artistic landscapes, the aim of the exhibition is to organize encounters between artists from opposing parts of the globe, whose work may be recognized in their native countries, but remains unknown on the other side of the world.

Performing the moon
An evening of performances by artists in the exhibition will take place during Art Stage Singapore and Singapore Art Week 2016. Performing the moon presents three “live art” events by Paris-based artists Marie-Luce Nadal, Hicham Berrada (accompanied by Mark Wong), and Raphaël Zarka, with the participation of international professional and local skateboarders.

The exhibition is a co-production Palais de Tokyo (Paris) and Institute of Contemporary Arts Singapore / LASALLE College of Arts, presented under the aegis of the “Emerging Talents in Emerging Countries” programme, which is initiated with the Total Corporate Foundation.

This mission has previously involved two participations at the Lyon Biennale (2013 and 2015); the itinerant exhibition Inside China, as a coproduction with the Foundation K11 at Art Basel Hong Kong 2015 and in Shanghai; and projects with MoMA PS1 and the Stedelijk Museum conducted in 2014.