The German artist's entire career from the late Sixties to the present day. The exhibition consists of nearly 150 works, with a selection of around 60 of his most masterly paintings, an installation, a collection of display cases and works on paper, and his first books. 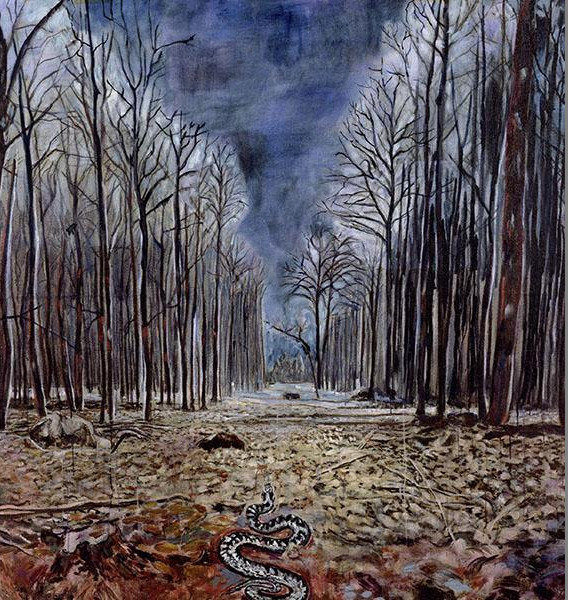 The Centre Pompidou is staging a completely new overview of Anselm Kiefer’s output. This retrospective, the first produced in France for thirty years, invites visitors to explore ten or so thematic rooms retracing the German artist’s entire career from the late Sixties to the present day.

Laid out in an area of 2,000 m2, the exhibition consists of nearly 150 works, with a selection of around 60 of his most masterly paintings, an installation, a collection of display cases and works on paper, and his first books.

Organised as a series of thematic rooms corresponding to specific spaces/times, the exhibition includes a remarkable selection of the most iconic paintings that have peppered Kiefer’s career. Works like Resurrexit (1973), Quaternität (1973), Varus (1976), Margarete (1981), Sulamith (1983) and Für Paul Celan: Aschenblumen (2006) were turning points in the many problematic issues he was grappling with: the question of Germany’s history, the reactivation of memory, the dialectic of destruction and creation, and the process of mourning for Jewish culture. Then in the Nine- ties, Kiefer’s visual world began to open out to other systems of thought such as the Kabbala and alchemy, which enriched and reoriented the artist’s fundamental questionings.

During 2015, the artist produced a series of some forty «display cases» for this project on the themes of alchemy and the Kabbala, drawing on a reserve of «possibles» – an arsenal of objects awaiting redemption. Presented under glass, these environments bring into play the frag- mented, saturnine world of a past industrial age, with old machines, bits of rusty metal, plants, photographs, filmstrips and lead objects. These are a far cry from cabinets of curiosities: the artist highlights the mystery of their presence and the emission of a mysterious light typical of alchemy.

With singular plastic and visual intensity, Kiefer’s work invites visitors to explore a range of poetic, literary and philosophical worlds, from the poetry of Paul Celan, Ingeborg Bachmann and Jean Genet to Heidegger’s philosophy, treatises on alchemy, science and esotericism, and the Hebraic thought of the Talmud and the Kabbala.

Starting with the Centre Pompidou forum, visitors will find monumental installations produced by the artist in Barjac (in the Gard region), where he lived and worked between 1993 and 2007. Inside this «tower house», set up in the Centre Pompidou’s huge reception area, a saturnine world awaits the public. Within this installation, they will discover the artist’s preferred materials (lead, water and metal), together with thousands of photographs taken by Kiefer throughout his career, making up an almost biographical databank. Like a gradually unfolding memory, these filmstrips have nourished the artist’s thinking on time and memory: two themes central to his work.

Born in March 1945 in Donaueschingen, Anselm Kiefer took part, alongside Georg Baselitz, Gerhard Richter, Sigmar Polke and Jörg Immendorff, in the revival of German painting during the Seventies, which emerged in an international context marked by Neo-Expres- sionism. Kiefer’s highly singular style rapidly became established through his obsessive approach to the history and legends of Germanic culture. Representing Germany at the 1980 Venice Biennial with Georg Baselitz, Kiefer was accused of resurrecting the demons of a painful past when he was not suspected of nationalistic failings.

Contemporary derelict urban landscapes, where tangled concrete blocks and twisted metal act as a catharsis for a deep-seated trauma arising from his birth in March 1945, have led him to develop an aesthetic of ruins. While the tradition of the art of ruins began in the Renaissance with Joachim du Bellay, and continued with Hubert Robert, Diderot and the Romantics, with Kiefer it is constantly at work and very much part of the present. For the artist, materials contain their own spirit and memory. To the traditional materials of painting he adds clay, plaster, plants (sunflowers and ferns), straw, ash and metals, including iron and particularly lead, which he has used since the mid-Seventies. This metal has elective qualities for the artist with its physical qualities of malleability, extreme density and impermeability to electromagnetic rays. In Kiefer’s view, this material fundamental to alchemists’ transformative processes is capable of producing a spark of light: «a spark that seems to belong to another world – one inaccessible to us.»