Early Works from the Estate 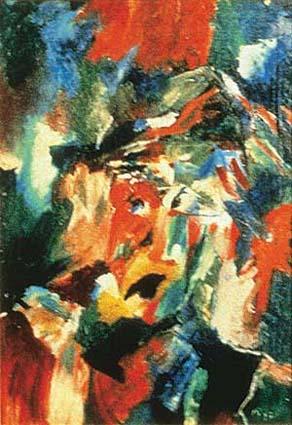 Early Works from the Estate

Hans Richter's complex body of work, as seen through this exhibition of Visionary Portraits, Dada Heads, and other important early works reveal a unique personality at the epicenter of the early twentieth-century avant-garde. Richter's work is crucial to an understanding of the role of the arts in the reconstruction era following World War I. Despite the inevitable unrest in the life of a German Jew born in Berlin in the 1880s, Richter deployed undiminished energy as a key figure in coining utopian and experimental movements.

Initiated into modernism through his acquaintance with the Berliner Sezession, the Blaue Reiter group, and the 1913 Herbstsalon, Richter was a major force in the developments of Expressionism and Dada, De Stilj, Constructivism and Surrealism. Richter's experiments in 1917 lead to the formulation of a nonobjective cinema (with Viking Eggeling). After his emigration to the USA in 1941, he served as an important conduit between the American and European art communities, providing Americans with the "force", rather than a "source", of avant-garde art. (His influence on the American film community, and on American art in general, was in part due to his directorship of The Institute of Film Techniques in New York and his close involvement with Peggy Guggenheim's Art of This Century gallery.)

Richter took his place with Laszlo Moholy-Nagy, Walter Gropius, Hans Hofmann and Herbert Bayer, among others, as a living exponent of modernist art and aesthetics that were to coincide with and enact the historical sources of American art following the dominance of abstract expressionism. During this period, his presence in New York also invites comparison with that of Marcel Duchamp and Max Ernst (both close friends), as well as Richard Huelsenbeck, who not only instructed American artists in European modernism but who provided Americans the basis of its own modernist critique.

Few have participated as completely as Richter in the major issues of early twentieth-century movements, and few reveal in their work an equivalent historical logic. Hans Richter, as well as any artist and better than all but a few, epitomizes the mission, aesthetic strategies, and historiographic directionality of twentieth century modernism. Part of a generation of artists that passionately believed in the power of art to change the complexion of social and cultural affairs, he assumes greatest significance in relationship to what has been aptly characterized as "the heroic years" of the European avant-garde.

The Janos Gat Gallery is located at the Upper East Side of New York City on Madison Avenue between 82nd and 83rd Streets, one block from the Metropolitan Museum of Art.
The gallery is open Tuesday to Saturday, from 11:00 to 6:00PM.