The relation between literature and modern painting 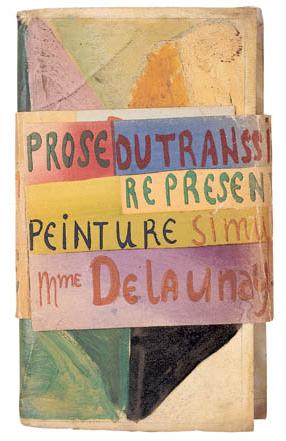 This exhibition aims at reviewing the relation between literature and modern painting. In order to do so, we have selected some critical moments in the 20th century in which the interaction between these two disciplines has acted as a powerful stimulus for the development of modernity. With a single exception, the vehicle chosen to tell this story are the so-called art books. These are books illustrated by a painter by means of some of the procedures of artistic printing. We have selected books that were key works for modern art, either because they catalysed the germinal core in the creative trajectory of their author, or because they exerted an important influence on other artists of that time, or even because of both things at the same time. Together with these books, some paintings and drawings created around them by their authors are also exhibited, demonstrating their core nature. As for the literary texts, three alternative criteria have been applied: in many cases, they are texts written by the painter himself; on other occasions, these texts were created in collaboration, or they were written by somebody who was very close to the painter; they may also be alien texts, which have been appropriated by the painter, who interpreted them and made them his by illustration.
Four historical environments have been selected whose chronology veers between the early 20th century and the end of modernity. The beginnings: towards a universal language, featuring Wasili Kandinsky, Olga Rozanova and Sonia Delaunay in 1913; The great questioning: obliterations; featuring Picasso and Max Ernst around 1930; Final maturity: the Zenith, featuring Matisse and MirÃ³ around 1950; Final maturity: the Nadir, Featuring Rauschenberg and Saura in 1964 and 1994 respectively. In each environment, one or more artists are placed amongst whose respective works relations of affinity, correspondence or contrast are proposed. The exhibition does not purport to be comprehensive; it only aims at outlining a vast theme, by means of the evocation of some fragmentary indications. It recurs to the suggestive capacity of poetical truth rather than to the exact strength of present truths.