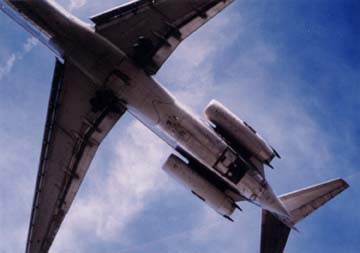 In the Beall, Visionaries, and Snyder Galleries, and in the Pick Laudati Orange Court.

Demonstrating Californiaâ€™s increasingly influential role as an international artistic center, the Orange County Museum of Art presents the 2004 California Biennial, the largest and most ambitious Biennial at the Museum to date.

The 2004 California Biennial showcases some of the stateâ€™s most exciting emerging contemporary visual artists. As the only exhibition of its kind in California, it brings together more than 120 works by 28 individuals, including large-scale installations, sculpture, paintings, works on paper, wall drawing and photographs, as well as digital and video art. The artists work in a wide range of styles and media and represent the multi-national, multi-ethnic character of Californiaâ€™s rich artistic environment.

In addition to presenting several new commissions and a performance series, the 2004 California Biennial includes two artist residencies. Also, for the first time, it extends to the Orange Lounge, a new digital and video space at South Coast Plaza, where the works of three new media artists will be presentedâ€”Shirley Shor, Kota Ezawa, and Amy Franceschini.
(until 30 Jan 2005)

The California Biennial is a cornerstone of the Museum's mission to explore the art of our time for a diverse and changing community. It is the only exhibition in California that regularly takes the pulse of new art created in the state and presents work that is at the forefront of a constantly evolving art scene recognized around the world as a defining force in the field of contemporary art.

The Biennial is organized by Elizabeth Armstrong, the Orange County Museum of Artâ€™s deputy director for programs and chief curator, and the Museumâ€™s curator of contemporary art, Irene Hofmann.

The Orange County Museum of Artâ€™s tradition of biennialâ€™s of new art from California dates back to 1984. During the past two years, curators Elizabeth Armstrong and Irene Hofmann conducted numerous studio visits throughout California. In selecting participants for the 2004 Biennial, Armstrong and Hofmann focused on emerging artists with fresh ideas whose groundbreaking new works are reflective of the art being produced in the thriving art communities of California.

All born in the 1960s or 1970s, the artists in the 2004 California Biennial came of age in an era defined by postmodernism. Fully engaged in the discourse of our times, their work explores issues related to global politics and identity, popular culture and the media, consumerism and youth culture, and the impact of new technologies.


Highlights of the 2004 Biennial include:

â€¢ A new 30-foot-wide billboard by San Francisco-based artist RIGO 23 to be displayed on the Orange County Museum of Artâ€™s faÃ§ade.

â€¢ Mungo Thompsonâ€™s video The American Desert (for Chuck Jones), which splices together fragments of Road Runner cartoons drawn by Jones between 1949 and 1964â€”removing everything but the scenery.

â€¢ Ruben Ochoaâ€™s mobile gallery space titled Class: C (2001 - present), a 1985 Chevy panel van that has been customized into a traveling gallery space exhibiting the work of local artists (Ochoa is one of two artists-in-residence at the Orange County Museum of Art during the run of the Biennial).

â€¢ A special presentation of Mads Lynnerupsâ€™ ongoing Rock Band Project for which Lynnerup will hold auditions, form a band, rehearse, prepare publicity materials and record a CD in the month following the exhibition (Lynnerup is the second artist in residence at the Museum during the run of the Biennial).

â€¢ Glenn Kainoâ€™s large-scale installation Simple System for Dimensional Transformation (2003). In this illogical â€œmachine,â€ the wings of a tiny origami crane are set in motion by a string passing through a hole in the galleryâ€™s wall connected to a series of devicesâ€”ultimately propelled by a seven foot waterwheel comprised of giant spinning dentures dipping in and out of a plastic pool of water.

â€¢ Joel Tauber's remarkable film Searching for the Impossible: The Flying Project (2002-3), in which the artist, suspended above the desert floor with a video camera strapped to his helmut, records and attempt at flight utilizing helium ballons (while playing the bagpipes).

Two conceptual projects presented in the 2004 California Biennial by collaborative groups VALDES (based in Los Angeles) and Futurefarmers (based in San Francisco) focus on aspects of Orange County related to urban growth.

VALDES' (San Fernando Valley Institute of Design) biennial project documents the recent openin of Orange County, China - a housing development an hour's drive from Beijing which is based entirely on replicas of Southern California model homes.

Futurefarmers will participate in a public forum at the Museum and launch a website meant to encourage discussion of issues raised by the Great Part - a proposed 3,885-acre park to be located in the geographic center of Orange County.