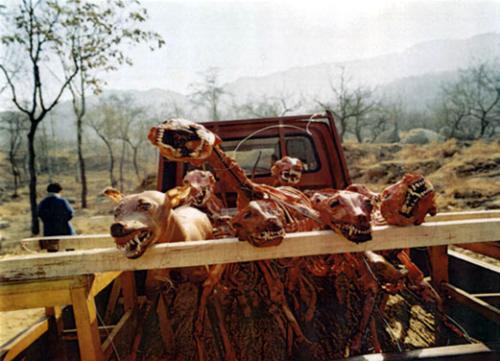 the exhibition explores two narrative trajectories that split into a myriad of thematic strands. one is the polarity between anthro, with its greek root meaning "man", and socio, which is derived from the latin and means "companion." both are prefixes to numerous words that underlie a subtext of the show: what does it mean to address such things as the anthropology or the sociology of art, for example, as divergent perspectives on artistic practice that traditionally stemmed from a study of two historically variegated forms of social community? the anthropology of art refers to the visual culture of so-called "primitive" or underdeveloped society, while the other connotes urbanity and its art forms that run the gamut from "fine art" to "low culture" and all things in between. the latter's division of artistic practice into "high" and "low" has presumably been a marker of societal complexity. yet, as the exhibition makes quite clear, this type of polarization of culture and society is confronted by a whole new set of criteria produced by the changing dynamics of globalization. as the international influx of populations move to any given city, urban space itself becomes increasingly inundated with a diversity of cultures from all walks of life consequently making the anthropology/sociology delineation exceedingly implausible. other dichotomies are also explored in the exhibition that highlights this problematic: organic/synthetic, nurture/culture, virtual space/reality, native/foreigner, and self/other. the other reference to the show comes from bruce nauman's 1992 installation titled "anthro/socio". the installation is a multi-channel video work projected on walls as well as displayed on monitors and consists of a face that screams: "feed me, eat me, anthropology... help me, hurt me, sociology ... feed me, help me, eat me, hurt me."