Metamorphosis of modernity. The exhibition contains over 200 paintings, sculptures, drawings and photographs produced between the late 1920s and the 1970s by some twenty artists of international renown. It contains works by male and female artists with very different approaches. 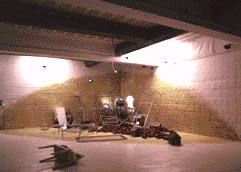 An exhibition curated by Gladys Fabre. It contains over 200 paintings, sculptures, drawings and photographs produced between the late 1920s and the 1970s by some twenty artists of international renown.

The starting point of the exhibition is the early 1930s, a time of change in the general behaviour of women and in artistic processes, with the result that the act of creating became more and more the incarnation of the artistâ€™s desires. The most noticeable difference was the gradual incorporation of the theme of the muse-woman, which took over from the conceptual still-life, the machine, the automaton and the object, forcing a change of style that liberated modernity.

The exhibition contains works by male and female artists with very different approaches. While the former deal with â€œothernessâ€, the latter concentrate on identity. These visions are the basis for the sections into which the show is divided.

Starting with the vision of woman as seen by other women, we continue with the male approach, based on the recovery of curved forms, of woman as archetype (mother-earth) or the association of the act of creation with an act of love, sensuality and voluptuousness.

The following sections focus on the experiments by artists in the 1960s, when they began on a path that led them away from painting and into interdisciplinary art forms, showing how a different sensibility needs other materials.

Through this overview of fifty years of change, the exhibition will attempt to find an answer to why and how the representation of woman has been a key element in the metamorphosis of modernity, as idea on the one hand and as artistic expression on the other hand.