Since his debut in 2002, he has been simultaneously working on three bodies of work Boathouse, Gardens and Empire. The exhibition Analysing Trapping Inspecting brings together a selection from these groups of images, each linked through the artist's referencing of historical photography and their subtle intervention of digital technologies 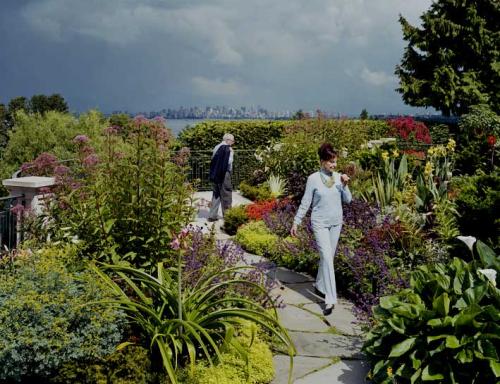 Union is pleased to announce the second London solo exhibition for the Canadian photographer Scott McFarland.

Since McFarland's debut in 2002, he has been simultaneously working on three bodies of work Boathouse, Gardens and Empire. The exhibition Analysing Trapping Inspecting brings together a selection from these groups of images, each linked through the artist's referencing of historical photography and their subtle intervention of digital technologies.

Exhibited here for the first time, a selection of images from Empire illustrates the famed botanical desert garden at the Huntington in San Marino, California. Developed in 1903 and named after the railroad and real estate developer Henry Edwards Huntington, the total desert garden is twelve acres making it one of the largest in the world. However, in contrast to the spatial expansiveness of deserts, the designed layouts and close arrangements of succulent plants produce an other worldly feeling which is all the more heightened by McFarland's tight framing and absolute focus between the foreground and background.

Resembling historical landscape paintings, sections of large affluent private properties in Vancouver with the owners and their maintenance staff present, form part of the series, Gardens. Like the constructive or additive process of creating and tending a garden the picture making techniques employed are reflected in the subject of the garden. Multiple negatives are used to build up the space over a period of time that appears seamless, however, is not a representation of a single moment.

Boathouse, a group of eight images made on the same property as a previous body of work Cabin, depicts a space left unattended since the Seventies. With evidence of abandonment, and remnants of fishing props visible, McFarland developed this series as a response to the experience of the location and attempted to convey the macabre mood that he felt upon discovering the site. As with the Garden works, traditional and modernist themes dictate the composition of the interior images such as the interpretation of the abstract figure in the image titled Bench.

Within each group of images, McFarland uses contemporary digital processes that enable a perfect and precise picture, transforming seemingly traditional photographs into hyper real pictures with narratives that evoke the original mood and experience of the space by the artist. To complete the narrative of McFarland's subjects, the panoramic image Orchard View, which is one of the largest works in the show, presents a garden property in decline, neatly suggesting that all things eventually surrender to entropy.

Scott McFarland was born in 1975. Lives and works in Vancouver. Recent exhibitions include Everything's Gone Green, Photography and the Garden, The National Museum of Photography, Film and Television, Bradford. Forthcoming shows include The Space of Making, Neue Berliner Kunstverein.