The exhibition features diverse artistic strategies that examine the impact of neo-conservatism on queer representations in America. Through explorations of alienation and social ghettoization, to neo-conservative tendencies within the queer community, the sow stimulates dialogue about the shift in queer vernaculars provoked by the current political climate. 33 artists, curated by Jeffrey Uslip; Saturday, January 22 Performance by Lovett/Codagnone; Saturday, February 26, Symposium/Panel Discussion 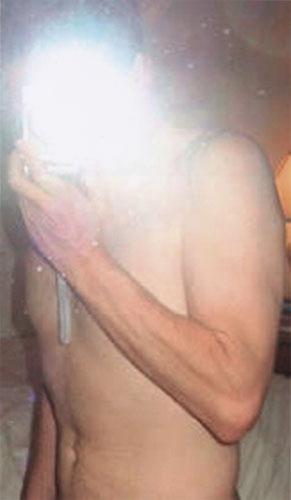 Curated by Jeffrey Uslip as part of the Emerging Curators Series.

Log Cabin features diverse artistic strategies that examine the impact of neo-conservatism on queer representations in America. Through explorations of alienation and social ghettoization, to neo-conservative tendencies within the queer community, Log Cabin stimulates dialogue about the shift in queer vernaculars provoked by the current political climate.

Symposium/Panel Discussion: Saturday, February 26, 2005 from 2:30 to 4 pm
Jeffrey Uslip and Christian Rattemeyer in conversation with artists in the exhibition, critics, and scholars.

Gallery Talk: Gregg Bordowitz, February 5th, 5:30 - 8:00 pm.
Sexual Politics Now
George W. Bush won the last election by appealing to the homophobia of a significant margin of the electorate. This resulted in the repressive ballot measures adopted in eleven states against the rights of lesbians and gays. The recent election is a harbinger of the ways the Republican party will use homophobia to increase its numbers. To consolidate its ranks, the Republicans will now try to appeal to poor people, people of color, and women by using gays, lesbians --and queers of all kinds -- as scapegoats. Sexual politics are at the center of domestic politics now and they are intimately related to the Bush administration's militaristic agenda abroad. What forms will dissent take to resist the dangerous combination of nationalism and moralism developing before us?
Book signing of Bordowitzâ€™ new book, The AIDS Crisis is Ridiculous (MIT Press), immediately following the lecture.

Swetlana Heger
Part of the Architecture and Design Project Series
Since 2002, Heger has approached carefully selected international luxury brands by proposing and enacting a collaboration between the brand and the artist to produce images that can be made significant by and for both parties. After agreeing to collaborate with Heger, a company takes on the production of a set of photographs featuring the artist as model as well as creative director. While Heger retains control over the execution and composition of the images, they can be used by both parties in their respective professional contexts.

Performance by Hector Ducci to coincide with the 16mm screening of his film Azafata: 100 Views of Mt. Quetrupillan
Saturday, January 29, 5 to 6pm