A Walk to Remember: an exhibition that invites a group of Los Angeles based artists to conceive and carry out guided tours through neighborhoods and areas of the city with which they have a particular relationship or affinity. Marking Time: an international survey of film and video art produced from the 1960s to the present, that examines different ways in which artists have depicted time and its passage. 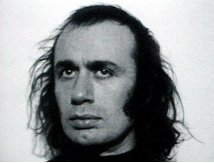 A Walk to Remember - Marking Time

A WALK TO REMEMBER
Organized by Jens Hoffmann

â€œFor the perfect flÃ¢neur, for the passionate spectator, it is an immense joy to set up house in the middle of the multitude, amid the ebb and flow of movement, in the midst of the fugitive and the infinite.â€
Charles Baudelaire

A Walk to Remember is an exhibition that invites a group of Los Angeles based artists to conceive and carry out guided tours through neighborhoods and areas of the city with which they have a particular relationship or affinity and that deal specifically with the rich cultural history of the city.

The exhibition relates to Walter Benjaminâ€™s concept of the flÃ¢neur as a figure who derives pleasure from the hustle and bustle of the city streets, who moves purposelessly among the urban crowd with the eye of an artist: a spectator of contemporary life and urban scenes. Yet, A Walk To Remember diverts from Benjaminâ€™s idea when it examines a specific European phenomenon of the early 20th century: the postmodern condition of Los Angeles in which walking is clearly a thing of the past. In addition, in giving each walk a purpose and in trying to bring various locations and social and cultural relations of the city to the audience the exhibition reaches beyond what Benjamin described as an â€œaimless affair.â€

Members of the audience taking part in a walk will each be given a disposable camera to document their individual impressions of the artistsâ€™ walks from their distinct perspectives. The cameras will be collected at the end of a walk and the developed photographs will be presented inside the gallery space along with maps of the city outlining the different routes. A small brochure including descriptions and maps of all the walks will be available enabling the audience to realize the tours themselves, should they wish.

JOHN BALDESSARI
For John Baldessariâ€™s walk each member of the audience is asked to photograph all intersection street signs from his studio at Bay and Main Streets in Santa Monica to his second studio on 6th Street and Vernon Ave. in Venice Beach. The artist will provide a map of the exact route.
Dates: 18 February 2005, 11:00 am
27 March 2005, 11:00 am

JENNIFER BORNSTEIN
The walk of Jennifer Bornstein is based on the artistâ€™s fascination for Griffith Park in North Hollywood, which the artist has described as her â€œstudio.â€ Bornstein will introduce the audience to the history of Griffith Park and lead a tour through the park that will mimic the regular nature walks one can take in the park.
Dates: 12 March 2005, 3:00 pm
3 April 2005, 3:00 pm

MEG CRANSTON
Meg Cranston will take the audience to Sherman Indian High School in Riverside. The Sherman Indian High School is one of three remaining off reservation Indian boarding schools in the United States. The students at the school come from many different tribes and from all over the United States. The school has a rich (sometimes tragic) history which Cranston will relate to the lesser-known parts of Los Angelesâ€™ urban Indian history.
Dates: TBA

MORGAN FISHER
Morgan Fisherâ€™s walk will connect two places in Santa Monica where he has lived for a total of more than 20 years. Along the way, the walk takes a digression to visit the site of a house where a friend of the artist lived, then follows the path that he took each morning to buy a newspaper, and ends with a visit to the former location of an art gallery that helped Fisher to enter the Los Angeles art world. The walk illustrates the clichÃ© that in Los Angeles buildings are liable to disappear. The first place where the artist lived was torn down and replaced by apartment buildings. The second place, although still standing, will doubtless be torn down and replaced with condominiums. The house where his friend lived is already gone.
Dates: 16 February 2005, 3:00 pm
27 February 2005, 3:00 pm

EVAN HOLLOWAY
The walk of Evan Holloway starts at his studio and finishes at the subway station at 7th and Alvarado. The walk includes a great deal of information about Los Angelesâ€™ history. Large Victorian style homes, the only evidence of this neighborhood's once glamorous past, form a perverse backdrop to the most degraded and sad prostitution market in LA. Pedestrians are regularly offered opportunities to purchase fake IDs, illicit subway tokens, black market cigarettes, and various illegal intoxicants. The walk will stop on the way at LAâ€™s oldest deli to enjoy what is widely regarded as the finest pastrami sandwich in the region.
Dates: 13 February 2005, 11:00 am
19 March 2005, 11:00 am

PAUL MCCARTHY
Paul McCarthyâ€™s walk proposes defining the parameters of a walk that could then be "performed" by anyone who cares to do so. The artist is interested in the idea of walking the same route a number of times and how one sees things differently as they become familiar. For McCarthy â€˜s walk the audience will not need to come together as a group but can simply devise a walk for themselves that they will then walk at least ten times. The start and finish for the walk should be Los Angeles Contemporary Exhibitions on Hollywood Boulevard.
Dates: On going

RUBÃ‰N ORTIZ TORRES
In RubÃ©n Ortiz Torres walk we will visit and experience â€œEl Pedorreroâ€ (The Farter) on Whittier Boulevard in the core of East Los Angeles. This muffler shop is also a museum that holds a collection of a â€œmillionâ€ items. Its founder and director, Bill Al Capone Mufflers, describes it as a corporation while also functioning as a laboratory and an architectural marvel. At â€œEl Pedorreroâ€ Bill customizes cars, invents new 3D chessboards and self-standing ice cream cones while at the same time developing his own life philosophy.
Dates: 10 February 2005, 12:00 pm
10 March 2005, 12:00 pm

ALLEN RUPPERSBERG
Allen Ruppersbergâ€™s walk will be a personal WHATEVER BECAME OF tour looking for glimpses of what was and still partially is. The axis of the tour will be a visit to some of the major sites that figure in his particular history. By looking to compare the Whatâ€™s Here to the Whatâ€™s Gone, exclaiming to each other â€œYes, that is the same!â€ or â€œNo, itâ€™s lost forever,â€ the artist hopes the tour can find and enlarge the details of the art and the life that once existed there.
Dates: 13 March 2005, 11:00 am
2 April 2005, 11:00 am

ERIC WESLEY
Eric Wesley will do a guided walk through a particular section of Griffith Park. The walk will start at the base of the park near Los Feliz and extend upward, to a peak in the park. It will be a nighttime hike through the dark wilderness accompanied by the telling of ghost stories based on the rumor that the property which is now Griffith Park was donated to the city by Griffith J. Griffth near the turn of the century as a bribe to get him off attempted murder charges (he shot his wife in the head).
Dates: 25 February 2005, time TBA
6 March 2005, time TBA

An exhibition presented in collaboration with the Getty, organized by Glenn R. Phillips, research associate and consulting curator of the Getty Research Instituteâ€™s Department of Contemporary Programs and Research.

Marking Time, an international survey of film and video art produced from the 1960s to the present, examines different ways in which artists have depicted time and its passage. Focused on works that are visually arresting, sometimes radical, and often humorous, Marking Time aims to be an evocative presentation of topics ranging from the abstract notions of time as a concept to the physicality of time as experience. The exhibition explores duration and the exploits of time as used by earlier video artists as a formal structuring device, and then relays into later manipulations of time, as digital and analog efforts expand or compress this passage in cycles or trajectories. Other works foreground time as a measurement of endurance and the horrors of waiting, as artists test their personal limits while a viewing audience bears witness.