A wide range of artistic practices, as well as geographical and generational nuances 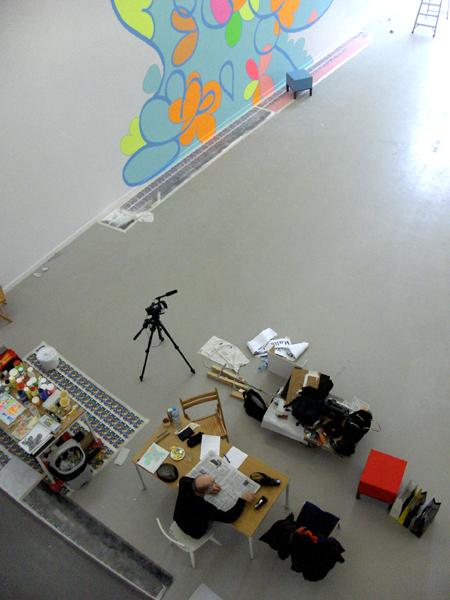 Cynical and crudely insensitive though it may sound, 'emotions' are unquestionably back - with a vengeance.

The subject of a recent upsurge of investigative interest in both philosophy and the expanded field of psychology, neurology and cognitive sciences, such key concepts and notions as 'emotional intelligence' and the 'intelligence of emotions' signal the growing popular desire to once again deal with emotions, feelings, sentiment and sentimentality, and with the corrollary realm of 'ethical' and broadly 'humanist' issues such as authenticity, immediacy, integrity and sincerity - concepts universally frowned upon but a decade ago. Triggered, among others, by the epochal success of Daniel Goleman's 'EQ' paradigm and the return of fiery passions in the geopolitical arena to which the twenty-first century's first mass killings in New York, Afghanistan, Iraq and Madrid attest, this 'emotional reveil' provides the backdrop to Emotion Pictures, one of a growing number of exhibitions of contemporary visual arts that, explicitly or implicitly, strives to address the renewed urgency of emotional engagement in the culture at large. In this exhibition, we tentatively posit that the contemporary art world indeed seems to be reawakening to the potency and sheer urgency of 'affect' - which, as an aesthetic faculty at least, famously had been on the wane throughout most of the eighties and nineties, the domineering 'sentiment' of which could perhaps best be characterized by its utter lack of sentiment and overall emotional depthlessness, its blatant celebration of irony as a way of life, and its managerial 'ethics' of numbed critical detachment - in short, its 'anesthetics'.

Emotion Pictures is emphatically not a show 'about' emotions - if such an outrageous thing would at all be possible - or about the crude manipulation of emotions by means of harrowing, tear-jerking artworks; both an 'education sentimentale' and 'sentimental journey', it deals much more with emotional states and the unresolvable ambiguities they so often imply, with atmospheres conducive to affectivity, emoting and 'feeling' - but feeling what exactly?

The exhibition will be accompanied by a special issue of the museum's in-house quarterly publication on visual culture & media theory AS, featuring interviews with Mark Lewis and Lily van der Stokker among others. 160 pages, in Dutch; edited by Sarah Leisdovich & Dieter Roelstraete.

A special program of silent melodramas, birth scenes and 'animal movies' will be presented at the museum's film facilities MuHKA_media throughout April; curated by Edwin Carels.

A two-day conference will be held at MuHKA on April 29 & 30, further investigating the 'intelligence of emotions' and the actuality & urgency of emotional engagement in contemporary art & film. This conference will feature lectures and presentations by Charles Altieri, Aaron Ben-Ze'ev and Thomas Elsasser among others; curated by Tom Paulus.